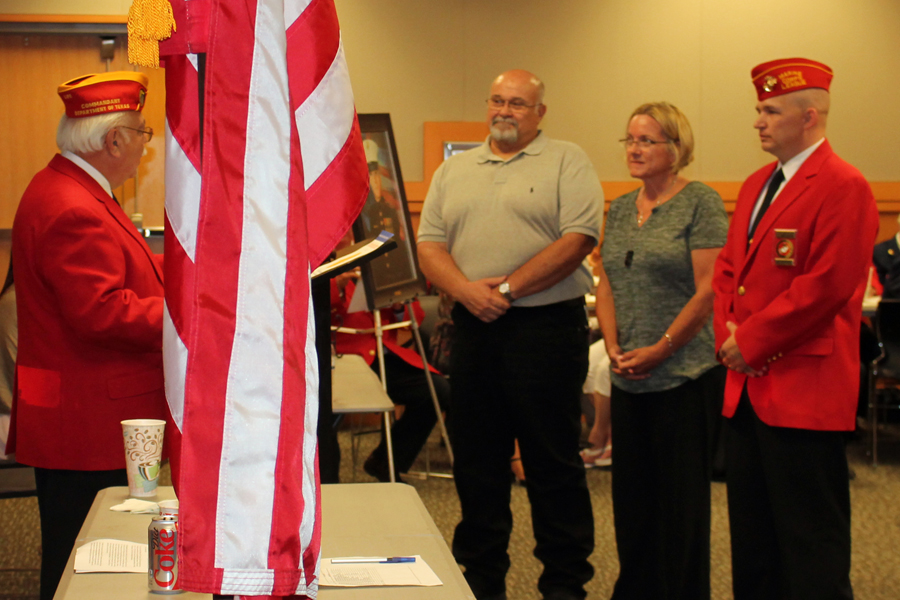 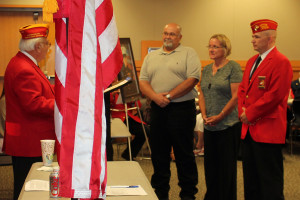 Parents of Lance Cpl. Hayes, Bambi and James accept honors as the Marine Corps League of Collin County is named after their son.

Marines throughout Collin County now have a way to recognize their camaraderie even more so as the Lance Cpl. Jacob D. Hayes Detachment of the Marine Corps League has been founded.

According to information shared at their first detachment meeting Aug. 18, members of the Marine Corps League join together in camaraderie and fellowship for the purpose of preserving the traditions and promoting the interests of the United States Marine Corps, banding together those who are now serving in the United States Marine Corps and those who have been honorably discharged from that service that they may effectively promote the ideals of American freedom and democracy.

“Collin County was the largest county population in the state without a MCL Detachment. Marines share a common bond and brotherhood that no other military branch has,” Chaplain Steve Deffibaugh said.

For the complete story see The Farmersville Times e-edition.