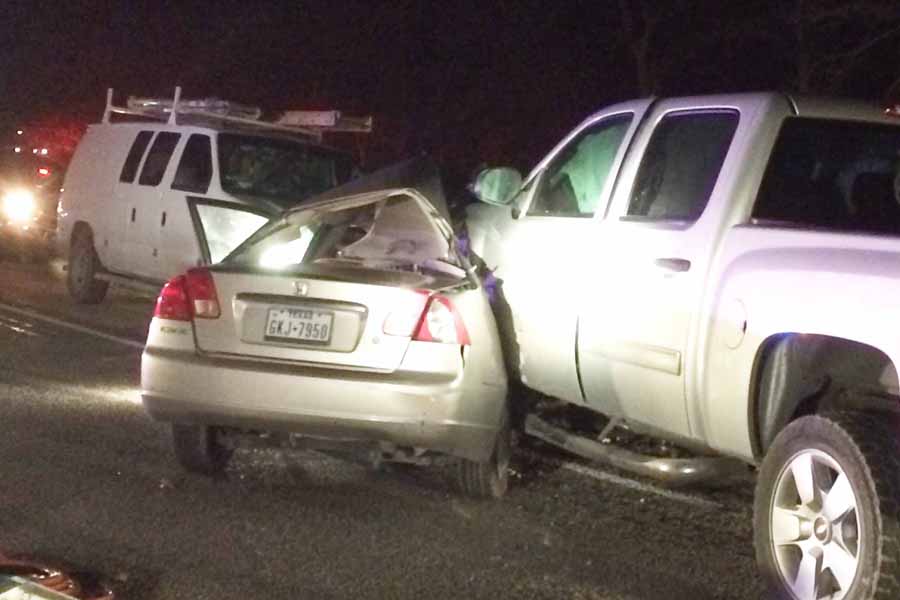 A double fatality accident occurred outside Princeton on FM 3364 Jan. 9. 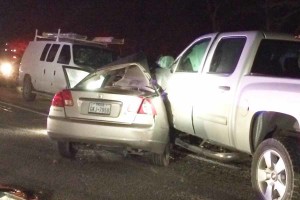 A double fatality accident occurred outside Princeton on FM 3364 Jan. 9.

Communities are mourning the loss of two after a double fatality accident occurred outside Princeton Saturday, Jan. 9.

According to DPS State Trooper Lonny Hatchel, at 7:40 p.m. troopers were called to crash on FM 3364 near County Road 876.

A 2002 Honda passenger car was traveling west on FM 3364 when, for an as yet undetermined reason, the driver lost control of the car. The Honda slid into the eastbound lane and was struck in the right passenger side by a 2010 Chevrolet Pickup that was traveling east.

Driving the Honda was Amanda G. Holcomb, 27, of Farmersville. She was carrying two passengers, 7-year-old Amie Nelson of Farmersville and a 6-month-old female infant.

For the complete story see the Jan. 14 edition of The Farmersville Times or click here for the e-Edition.