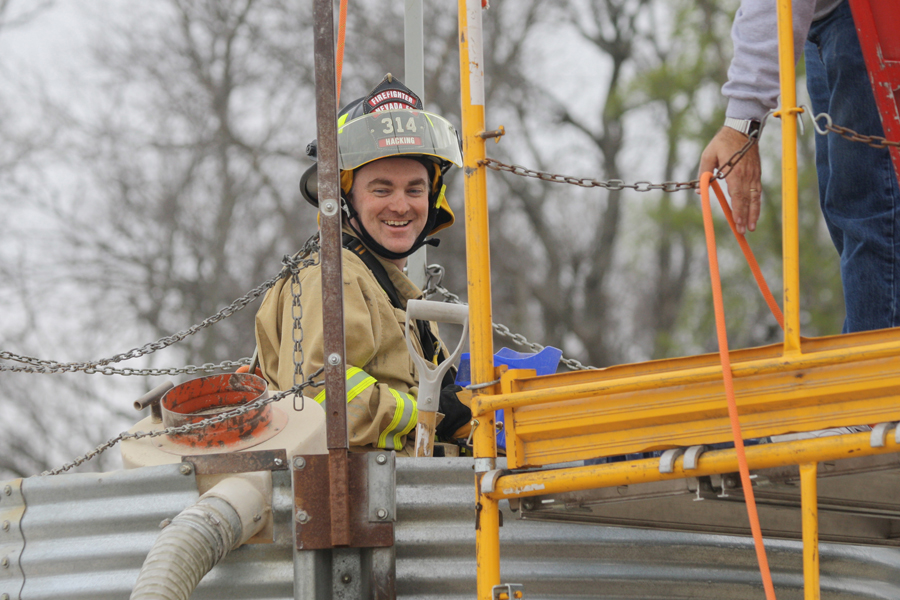 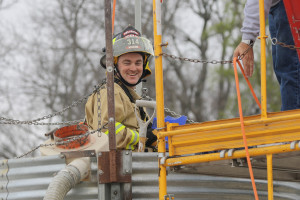 Nevada Volunteer Fire Captain Peter Hacking participates in a grain silo entrapment training exercise in 2014. Captain Hacking was killed in a head-on collision March 31 along with his two children, Ellie and Grayson.

Communities across Collin County are mourning the loss of Nevada Volunteer Fire Department Captain Peter Hacking and his two children, Ellie and Grayson, who were killed in a head-on collision last week.

The head-on collision occurred on Hwy. 78 between Wylie and Lavon near the intersection with Rettop Road.

The wreck occurred about 2 p.m. Thursday, March 31, and closed down a stretch of Hwy. 78 for 3-4 hours while emergency crews cleared the scene, Department of Public Safety Trooper Kyle Bradford reported.

The family was traveling in a Toyota sedan.

The Hacking vehicle was southbound on Hwy. 78 when a full-size northbound van with three occupants served into its path and the two vehicles collided head-on, Bradford said.

The van was driven by Margarito Quintero, 33. Front seat passenger was Francisco Rameriz, 34, and rear seat passenger was Rigoberto Cruz, 19. The trooper reported that residences for the three men were not immediately determined.

For the complete story see the April 7 edition of The Farmersville Times or click here for the e-Edition.

Editor’s note: Since publication of this story, it has been discovered the driver of the vehicle that impacted Hacking, Margarito Quintero, does not possess a Drivers’ License, according to State Trooper Public Information Officer Lonnie Hatchel. For updates to this story see next week’s edition.