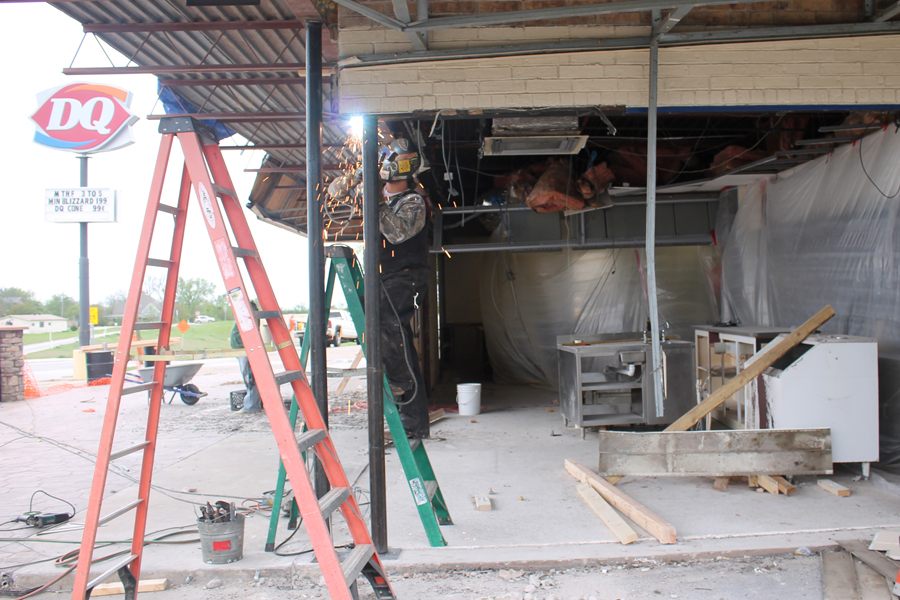 Bret Conner, an employee with Lay Construction, welds a beam together as the construction on Dairy Queen officially starts March 31. 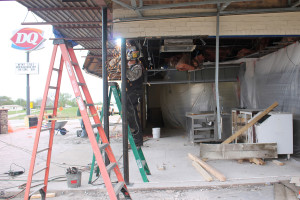 Bret Conner, an employee with Lay Construction, welds a beam together as the construction on Dairy Queen officially starts March 31.

After months of anticipation, repairs and renovations have officially started on Dairy Queen.

According to owner Joe McKee, the eatery should be open again for business by the end of May.

McKee is excited to be open for business again and hopes that traffic patterns will alter once again to bring his regulars back into the establishment.

For the complete story see the April 7 edition of The Farmersville Times or click here for the e-Edition.

Editor’s note: Since the publication of this story, the Farmersville Police Department received the toxicology results on the driver of the fire truck and it revealed that he was not under the influence of any substance. Charges against the driver will not be filed since it was simply an accident and no serious bodily injury to anyone was caused.