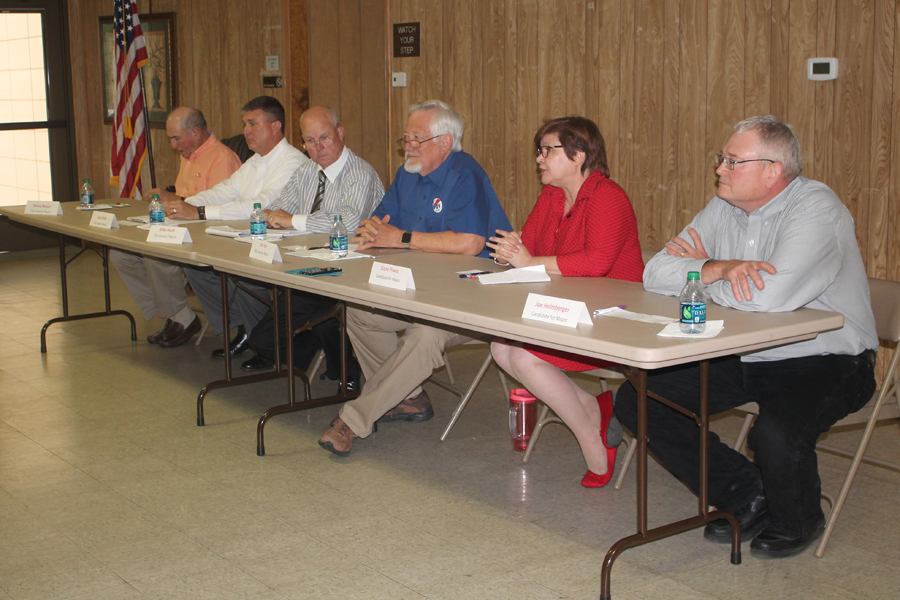 Candidates for mayor and city council participate in a Candidate Forum sponsored by the Farmersville Chamber of Commerce April 25.

Candidates speak their minds on issues 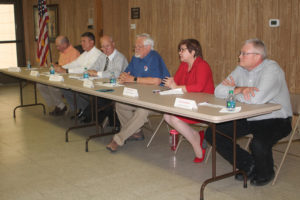 Candidates for mayor and city council participate in a Candidate Forum sponsored by the Farmersville Chamber of Commerce April 25.

Voices were heard, questions were asked and answers were given at the Candidate Forum April 25.

The forum, which was hosted by the Farmersville Chamber of Commerce in conjunction with the League of Women’s Voters, boasted a large attendance with those wanting to hear input from the candidates before casting their votes.

Candidates responded in an orderly fashion from questions submitted anonymously from the audience. Each candidate received two minutes to provide an opening statement and two minutes for questions. They closed with one-minute remarks and were asked to refrain from making statements about other candidates.

For the complete story see the April 28 edition of The Farmersville Times or click here for the e-Edition.