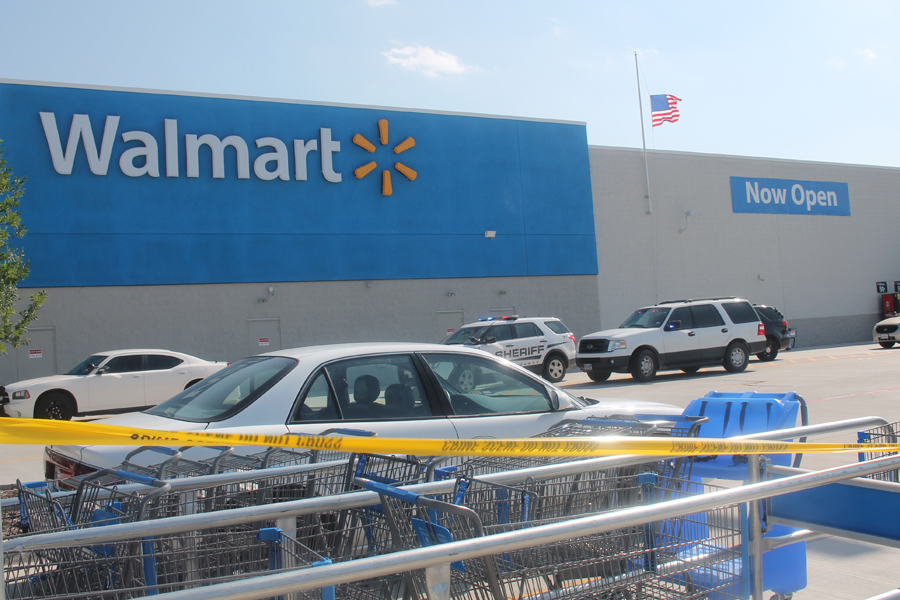 Crime scene tape secures the area in front of the Princeton Walmart after a stabbing injuring multiple victims occurred July 13. 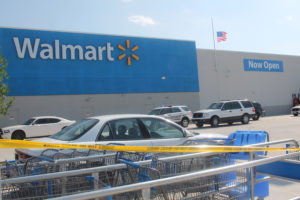 Crime scene tape secures the area in front of the Princeton Walmart after a stabbing injuring multiple victims occurred July 13.

An off-duty McKinney Fire Chief was injured yesterday at an aggravated assault at Walmart in Princeton.

According to information released by the police department, Walmart employee Nicolas Martinez became disgruntled, came up behind McKinney FD Battalion Chief George Cook and cut him across the throat. The firefighter had surgery overnight and is expected to recover completely. He was not in uniform at the time of the attack.

The other victim was Fredrick Oswald, an independent contractor for Walmart. He is also expected to recover fully.

“With the help of the FDs, multiple law enforcement agencies and American Medical Response, we were calmly and collectively able to apprehend the suspect and take control of the scene,” Waters said.

Martinez also suffered minor injuries on his hands and was treated at Medical Center of McKinney before being placed into police custody and questioned. He was taken into custody without issue.

The only weapon used, a knife, was recovered and has been taken into possession by the police department.

Several employees were checked by first responders at the scene due to heat-related symptoms.