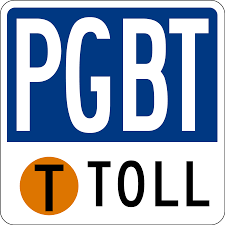 Work will soon begin on President George Bush Turnpike to add a fourth lane between Interstate 35E and the Dallas North Tollway and is scheduled for completion in 2019. Similar work is also set to begin on a PGBT segment between U.S. 75 and State Highway 78. NTTA is widening the PGBT to ease current congestion during peak drive times.

“This new phase of PGBT construction will provide significant benefits to drivers in North Texas,” said NTTA Assistant Executive Director of Infrastructure Elizabeth Mow. “We appreciate our customers’ patience and encourage them to use extra caution when driving in work zones.”

Drivers now can take a virtual ride on the President George Bush Turnpike and see what it will look like when a new fourth lane is added. The new, detailed video gives drivers a preview of traffic flow on the PGBT between Interstate 35E and the Dallas North Tollway.

Two animated versions are available, a driver’s view and an aerial view, that detail the addition of a fourth lane in each direction and give drivers a preview of what it will be like to drive on a wider PGBT.

For more information about widening projects along the PGBT, DNT and Sam Rayburn Tollway, visit ProgressNTTA.org.