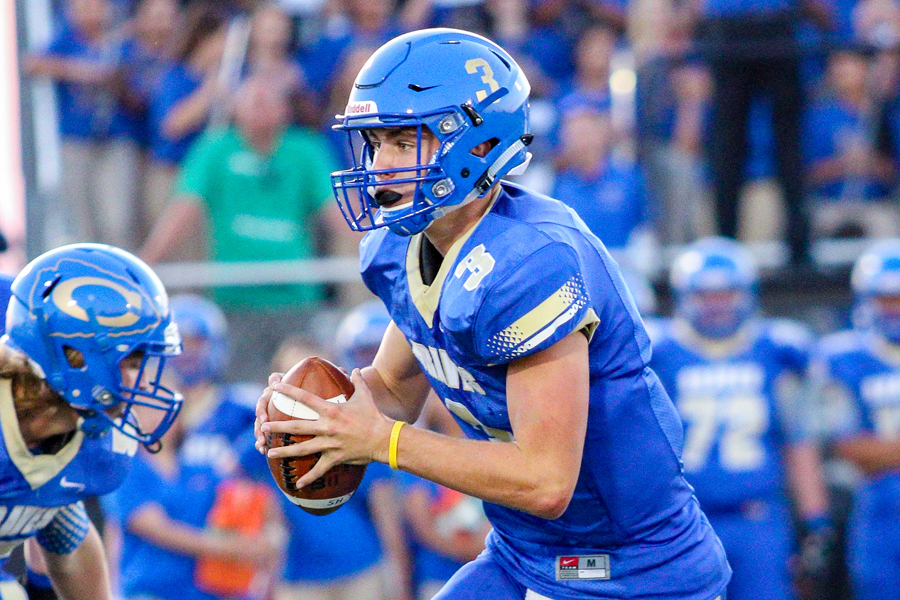 Community's Brock Price gets away from a Farmersville defender last season at Brave Stadium. (File photo)

Farmersville football has a tough task ahead of them Friday night.

“They are a big team size-wise and we are going to have our hands full for sure. If we can take care of business I think it should be a good game,” FHS head coach Sammy Burnett said.

Both teams enter with 1-0 record, after Farmersville bested Cooper 23-6 and Community defeated Leonard 27-13.

Trailing by double digits, the Braves put up 27 unanswered points to collect the victory.

Finding the end zone were Justin Maxey with a pair from Colby Warren and a Savon Mack run.

Community brings back four starters on offense and seven defensively.

Dave Campbell’s Texas Football magazine tabbed the Braves to take fourth out of District 5-4A Div. I.

Above the playoff qualifier were Celina, Melissa and Aubrey. Missing the cut were Bonham and Caddo Mills.

Scoring updates will be posted at the conclusion of each quarter on The Farmersville Times Twitter. For the full story and photos see the Sept. 14 issue.