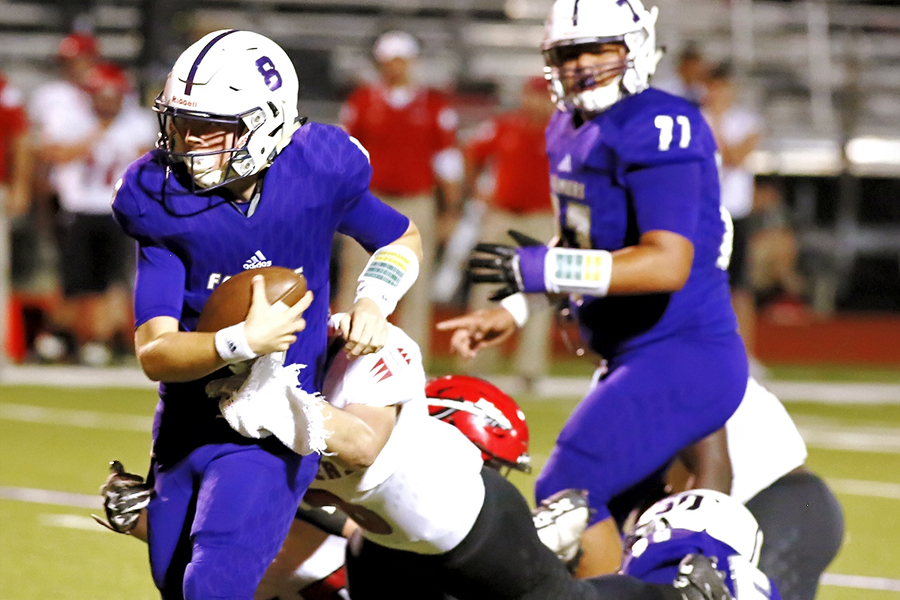 Junior earns Class 3A Player of the Week honors

Farmersville’s Michael Bagwill was honored for his clutch performance last Friday against Winnsboro in District 7-3A Div. I action.

The junior quarterback was named the Built Ford Tough Texas High School Football Class 3A Player of the Week for week six.

“He’s a good football player, who will be a winner in life,” head coach Sammy Burnett said in a press release.  “He’s one of the most competitive people I’ve ever met.  But he’s always on the lookout for the others.  When things are going poorly, he takes the blame.  When things go well, he is always certain to deflect attention.  He’s exactly what you’d want your leader to be.  When the game is on the line, you want the ball in his hands.”

The signal caller will be presented with a trophy during the Homecoming pep rally versus Quitman on Friday, Oct. 22.

The Farmer is the second player in school history to earn the honor. Caleb Twyford was recognized last season.

Bagwill threw the game-winning touchdown to Robert Arqueros in a 47-44 come from behind victory over Winnsboro.

Bagwill is also a member of the basketball, baseball and track teams. Outside of athletics, the junior is a FCA member and is involved in youth  activities at the Bethlehem Baptist Church.  He also assists in community food and blood drives, and helps with the Angel Tree program.