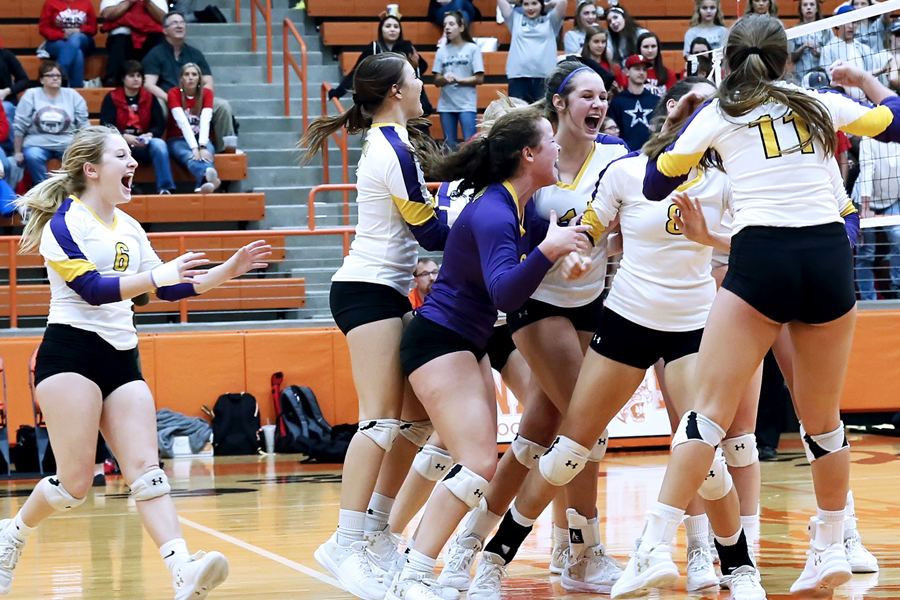 CELINA – Farmersville opened the Class 3A Region II volleyball playoffs with a four-set win over Ponder on Tuesday night.

Farmersville and Sunnyvale squared off earlier in the season. The Lady Farmers won the first match in three sets during a tournament at Commerce and the Lady Raiders took the second contest in five sets at home.

For the full story and photos from both playoff games see the Nov. 9 issue of The Farmersville Times.