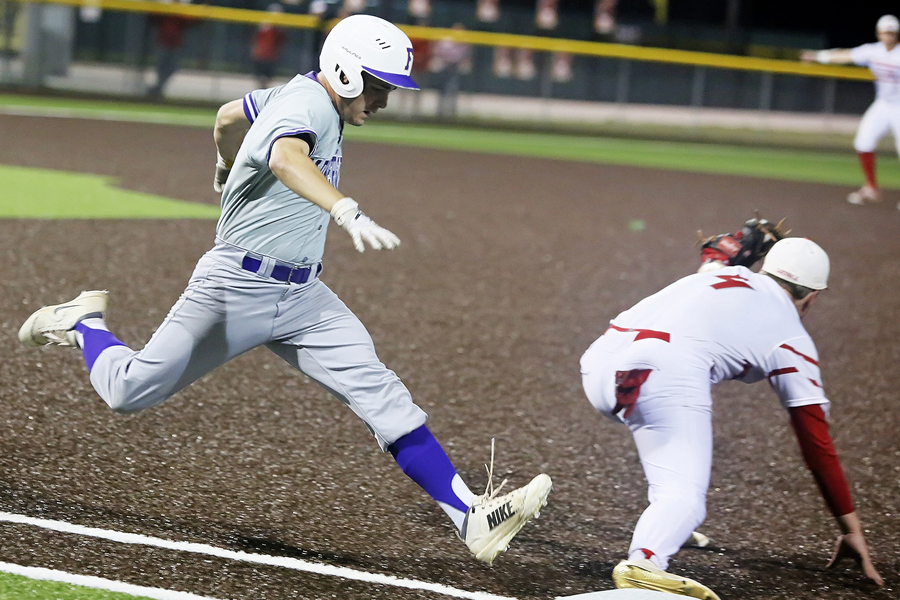 Farmersville's Thomas Mayes comes up short for the last out of the fifth inning against Pottsboro in the opening game of the best-of-three Class 3A Region II bi-district series at the Melissa Sports Complex. For the story and additional photos see this week's Sports. (Victor Tapia/The Farmersville Times)

Farmersville eliminated during bi-district round

MELISSA – The Farmers had to fight all the way to the last game of the season to make the Class 3A Region II baseball playoffs.

They suffered an early exit after being swept in a best-of-three bi-district series by state-ranked Pottsboro at the Melissa Sports Complex.

At Melissa, Pottsboro took the opener 5-1 and closed things out with a 3-1 win in the second game.

For the full story see the May 10 edition or subscribe online.