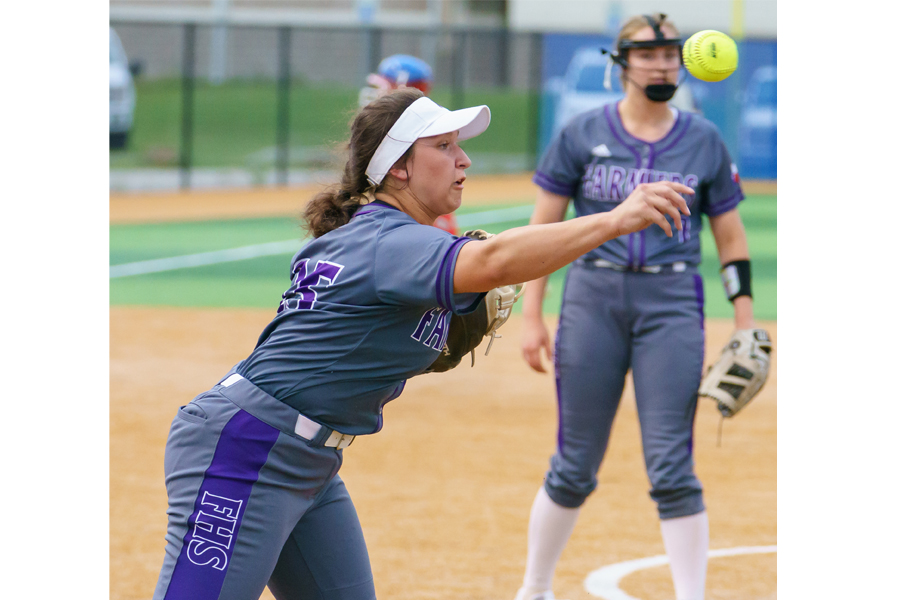 FHS returns to third round 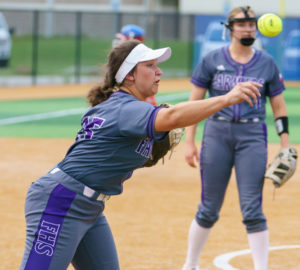 After fielding the bunt first baseman Mary Hibbitts makes the throw to first base for the eventual out against Henderson last Tuesday in the opening game of the Class 4A Region II area best-of-three series. Farmersville won the game 14-2 in six innings and closed out with a 7-4 win on Thursday. Both games were played at Emory Rains High School. For more photos, click here.

It’s been a long time coming for Farmersville softball.

They’re back in the third round of the playoffs for the first time in 24 years.