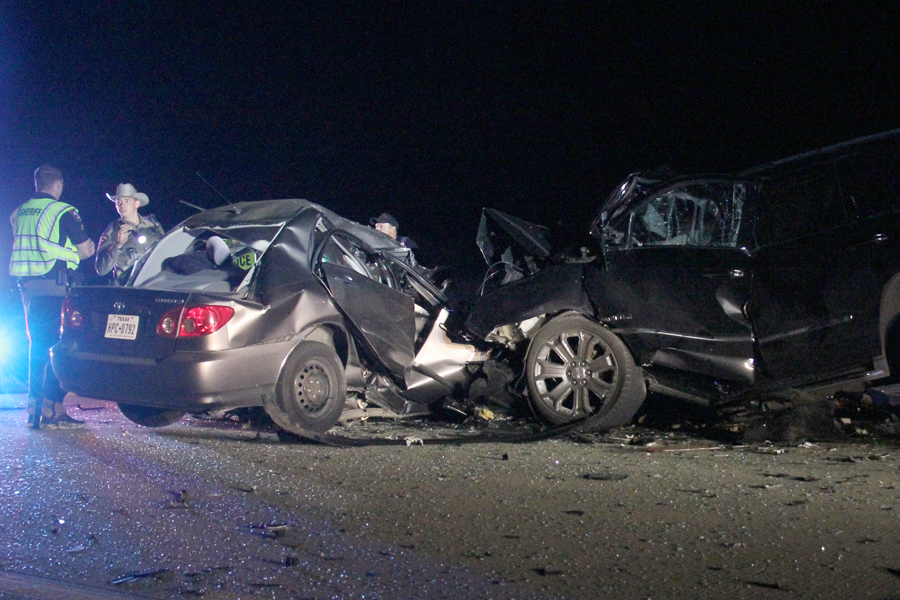 Emergency services worked a head-on collision that killed one Wednesday, May 22 on Hwy. 380 near CR 557. (Wyndi Veigel/The Farmersville Times)

Highway 380 fatality kills one from Prosper 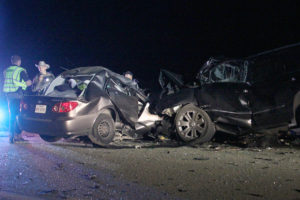 Emergency services worked a head-on collision that killed one Wednesday, May 22 on Hwy. 380 near CR 557. (Wyndi Veigel/The Farmersville Times)

A 30-year-old woman from Prosper was killed last night in a head-on collision on Highway 380 near County Road 557.

According to information released from the Farmersville Police Department, Holly Stevens, 30, from Prosper was traveling westbound on Hwy. 380 in a 2005 Gray Toyota Corolla.

She was traveling home from work in Greenville where she worked at Glenn Oaks hospital. Stevens died from injuries sustained in the crash.

For a yet undetermined reason, Stevens swerved into oncoming traffic and hit a 2016 Black GMC Yukon head-on in the eastbound lane at around 9:30 p.m. Wednesday, May 22.

Driving the Yukon, was Melanie Thompson, 34, of Emory. She was traveling home from a baseball game with her 4-year-old daughter and 1-year-old son who were in the back seat of the vehicle.

The mom and kids are in stable condition and are expected to make a full recovery.

Farmersville FD, Farmersville PD, State Troopers, Collin County Sheriff’s Office deputies, Princeton PD and AMR all responded to the scene to aid in the crash. Both eastbound and westbound Hwy. 380 were both closed for more than 4 hours.