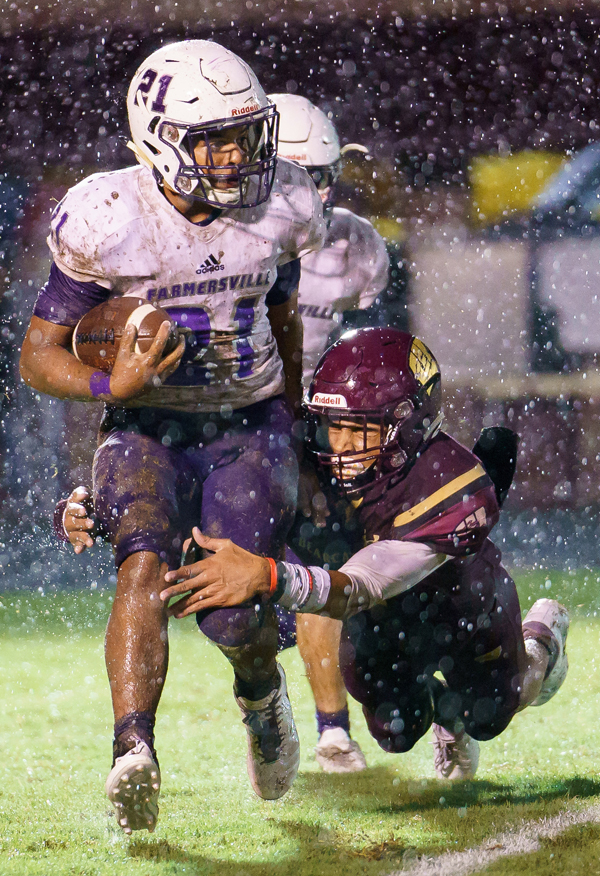 Farmers to take on Bobcats

Farmersville football is all set to face its final former district opponent.

See the Sept. 26 issue for the full story and photos.

In earlier action, they beat host Anna 20-17 and fell 21-7 against visitor Aubrey.

Farmersville comes into the contest 0-3 after a 40-3 loss on the road to Mineola at Meredith Memorial Stadium.

Whitesboro is a member of 4-3A Div. I with state semifinalist Brock, Pilot Point, Bowie, Boyd, Paradise and Ponder.

First-year head coach Cody Fagan has five starters back on the offensive and four defensively,

Pilot Point’s Jacob Pitts was the preseason offensive Most Valuable Player and defensive honors went to Logan Lightfoot of Brock.

One season ago, Whitesboro rolled to a 42-7 win on a muddy Bearcat Stadium field.