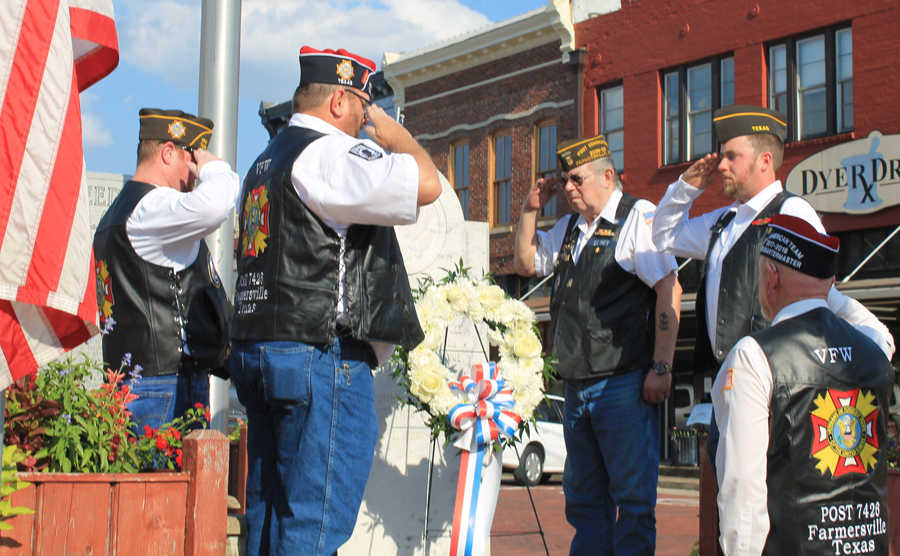 About three dozen people showed up to the square to celebrate Farmersville’s most famous former resident.

Monday, June 15 marked the 75th anniversary of Audie Murphy’s return to his hometown after fighting in World War II. He was Amer­ica’s most decorated veteran of that war.

For the full story, see the June 18 issue or subscribe online.