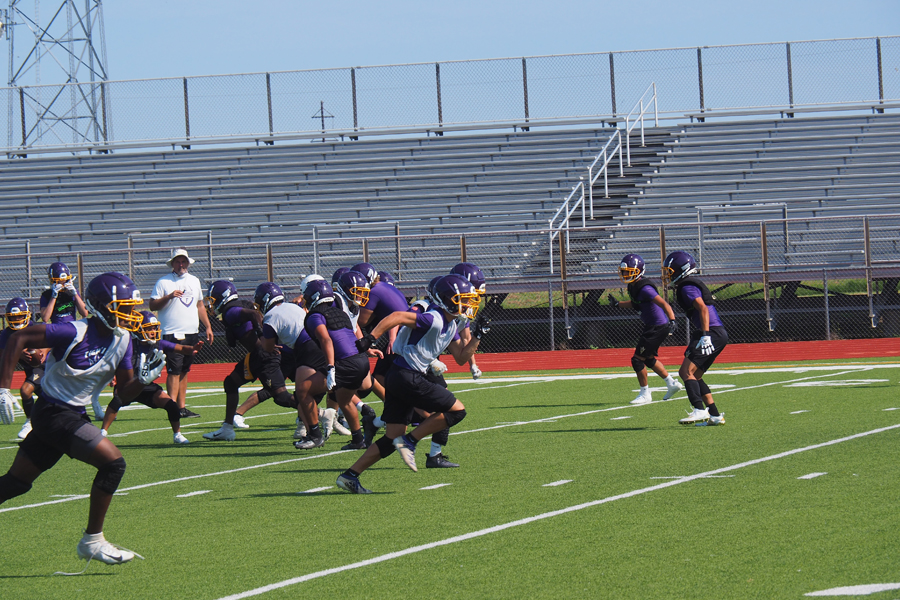 Coaches released a revised football schedule for Farmersville High School on Thursday July 23.  This follows the announcement by the UIL stating that conferences 1A-4A can proceed as scheduled for fall athletics.

The season will open with a warm up scrimmage against Bonham on Aug. 20 at Farmers Stadium.  Real action begins on Aug. 28 when the Farmers travel to Emory to battle the Wildcats of Rain High School.

After a bye week, Farmersville plows its way straight into District 4A-6 Div. II play against Krum on Sept. 11.

The Farmers then take a break from district to travel for two straight weeks—Ferris on Sept. 18 and Van Alstyne on Sept. 25.

Another bye week precedes the continuation of district on Oct. 9 when the Quilan Ford Panthers prowl into town.

Farmersville journeys to Nevada Community on Oct. 30 and condluces the season at home on Nov. 6 against Sunnyvale for Senior Night.

If the Farmers make it out of District 4A-6 Div. II competition, they would face a team from District 4A-5 Div. II in the first round of the playoffs.

Ferris, Glen Rose, Godley, Hillsboro, and Venus round out this district.