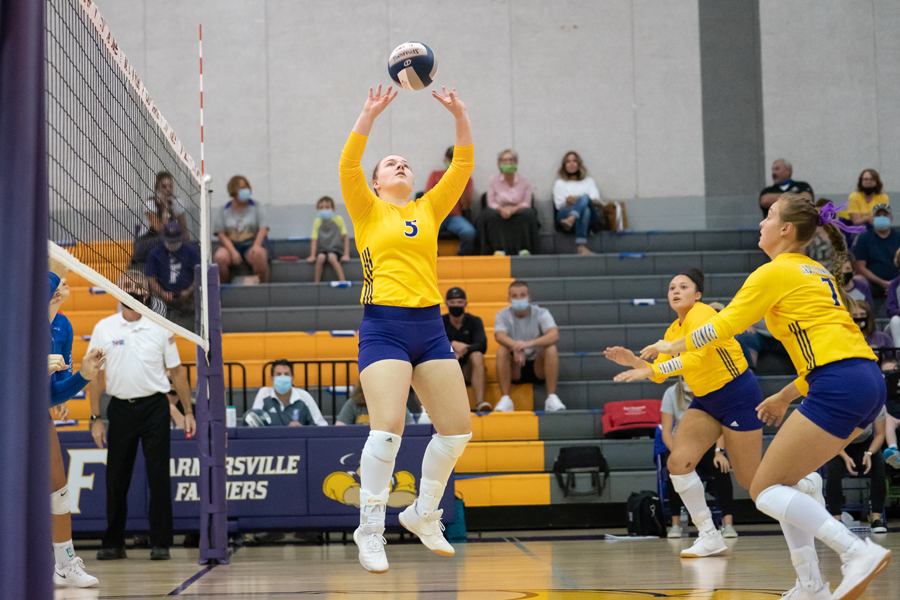 This weekend, the Farmersville Volleyball team built upon their early season, keeping their undefeated streak alive at nine games with victories over Callisburg High School and Commerce High School.

On Friday night against Callisburg, the Lady Farmers defeated the Wildcats in a three set sweep, winning 25-16, 25-19, 25-22.  Senior Reese Fetty led the team in kills with 14 and two blocks, while Angie Lee finished with two blocks and seven kills. Jenson McTee led the team in digs with 12, followed by Kate Ingram with 10 digs.

Facing Commerce on Saturday without Alex Brooks, who injured her knee against Callisburg, the Lady Farmers lost their first set of the season against the Tigers, falling in the third set 25-20. Regaining their momentum in the third set, Farmersville finished off Commerce with a 25-8 win in set four, winning the match 3 sets to one. Fetty led the team in kills with 11, while Angie Lee led the team in blocks with four. McTee and Ingram set the tone on defense with 13 and 10 digs respectively.

With their victories, the Lady Farmers (9-0) remain at the fourth spot in the Class 4A Texas Girls Coaches Association Poll, just below Needville High (12-0), Stephenville (10-0) and Decatur (5-0).