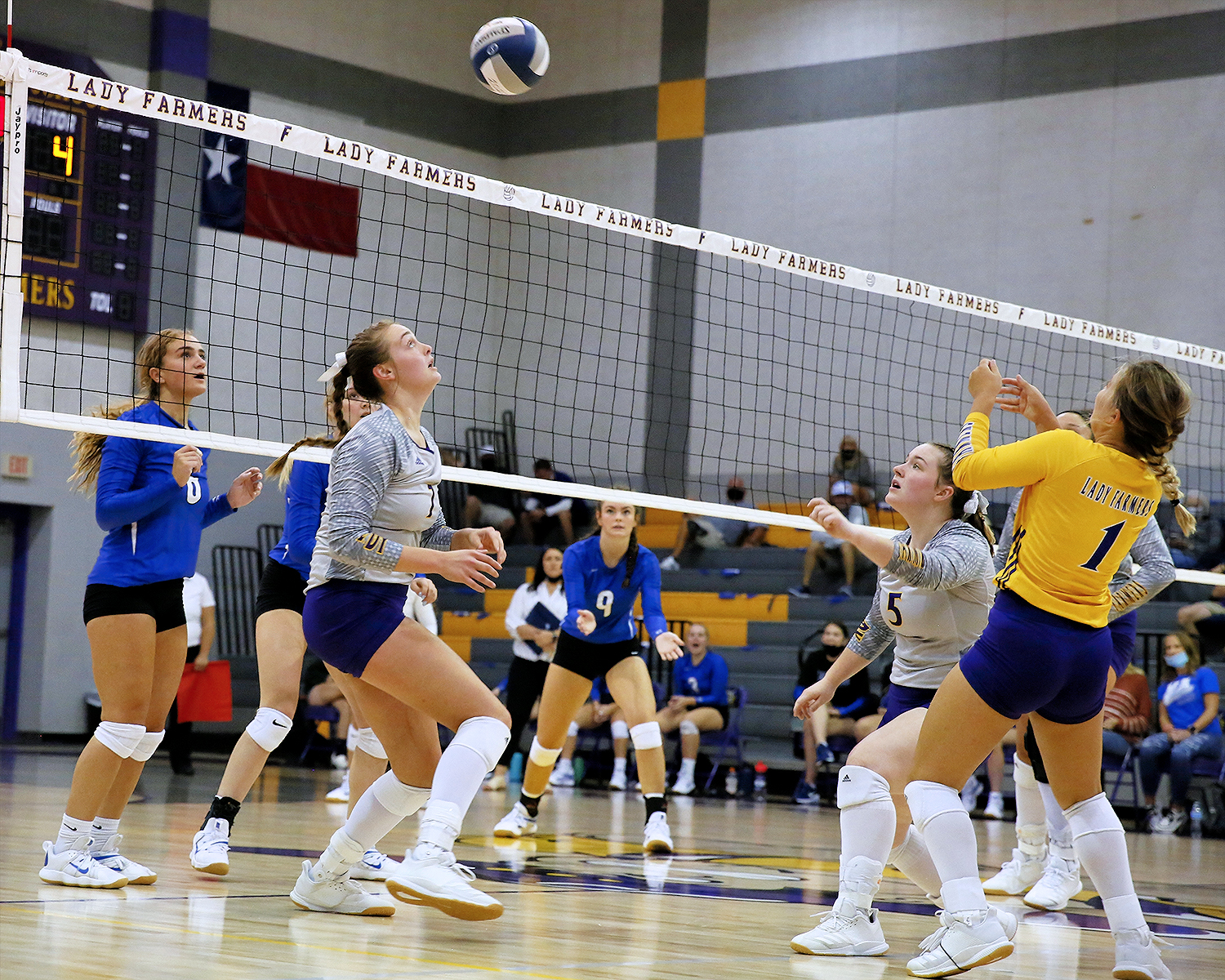 With the victory, the Farmers moved to 12-1 on the season.

After the game, coach Harold Davis praised his team for their defense responded to the aggressive play of the Lady Panthers

“It felt good. [Van Alstyne] are the defending 3A state runner ups. We responded after that second set loss, especially against a quality team like theirs, who plays some of the best defense you have ever faced. I was very proud about how our defense responded in the third and fourth sets.

Playing in front of the home crowd, the Lady Farmers started off strong, securing a 25-19 first set victory. In the second set, Farmersville went back and forth with Van Alstyne, with the score evened at 21-each. The Lady Panthers pushed ahead in the end, winning the second set 23-25.

With the score tied at one set each, Farmersville fought back in the third set, winning 12 of the first 16 points in the set en route to a 25-15 set. The Lady Farmers continued to dominate in the fourth set, using a 19-5 scoring run to win the fourth set 25-11.

For the full story and more sports, see Sept. 10 issue or subscribe online.