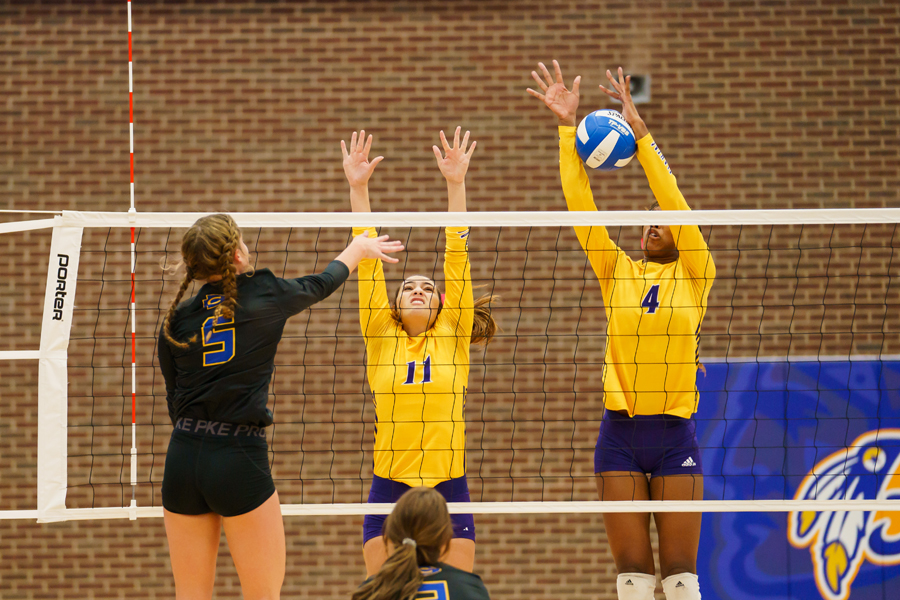 In their first week at the top of the district standings, the Farmersville volleyball team kept their sweeping streak alive as they earned their eighth consecutive win in a row with victories over Sunnyvale and Ford.

With their victories this week, The Lady Farmers are now 20-2 on the season, leading all teams in their district by overall record. They also remain tied for first in their district with a 8-1 district record alongside Community. In the latest Texas Girls Coaches Association Poll, Farmersville currently stands at eighth place among 4A teams, sitting behind Andrews at 14-1 and Hereford at 18-1 while just above Graham at 20-2 and Sinton at 18-2. Four teams in 4A are currently undefeated in competition: Needville, Lindale, China Spring and Decatur.

As of Thursday, Oct. 15, Caddo Mills has a 12-8 overall record for the season, including wins over Commerce, Wills Point and Edgewood. Currently, the Lady Foxes are in third place in district, having gone 6-4 with wins over Sunnyvale and Ford. Facing off against Farmersville Tuesday, Sept. 29, Caddo were competitive with the Lady Farmers before ultimately getting swept.

Players to look for on the Lady Foxes include juniors Kaydee Bennett and Zailey Moses, who are leaders for the team on offense. Bennett enters the matchup with 71 kills and 21 digs on the season. Moses has 71 kills, 87 digs and eight serving aces. Senior Lauren Bracht has 41 kills alongside a team leading nine blocks, while senior Brooke Schmitz leads the team in assists with 187. As a team, the Lady Foxes have 52 serving aces on the season, led by junior Landry Lydsy’s 11.

Entering this matchup, Terrell has a 2-19 record on the season, with their last win coming Aug. 25 against Yantis. In district competition, the Lady Tigers are currently at the bottom of the standings, having been swept in each of their nine contests. Terrell previously faced Farmersville Friday, Sept. 25, where the Farmers dominated the match en route to a 25-10, 25-7, 25-16 sweep.

Lady Tigers who could be problematic for Farmersville include junior Katrina White and sophomore Karyssa Breunig. White is the leader on offense for Terrell, recording 17 kills, 47 digs and five service aces. Breunig has 13 kills, 22 digs and five service aces. Junior Kimber Ellis leads the team in assists with 56, while Brittney Jackson leads the team in total blocks with six. As a team, the Lady Tigers have 23 service aces compared to 41 service errors.