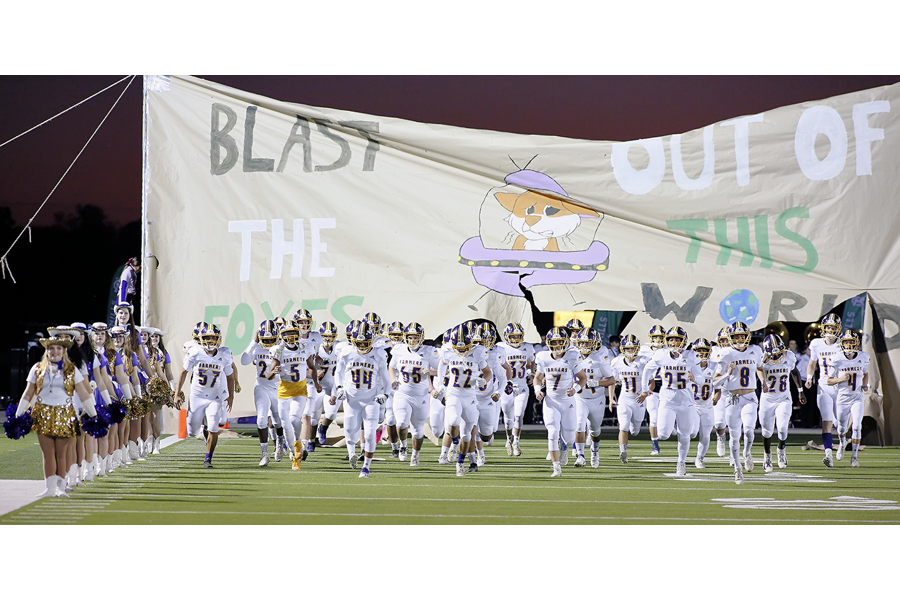 Three keys to the game: Farmersville football versus Wills Point

Over the last two weeks, the Farmersville football team have seen you don’t like playing tough opponents, losing by a combined 115-21 against undefeated Ford and Caddo Mills. In their next game, the Farmers face a more even opponent, taking on Wills Point. Here are three keys to Farmersville’s success this week:

With a tendency to use their quarterback in running situations, Wills Point will present obstacles that the Farmers need to work around, said coach Brandon Hankins.

“They’ll present some challenges as a team,” Hankins said. “[Holden Fletcher] is a good player, and they have good running backs. As a unit, Wills Point likes to run with their quarterback, so he will be a focal point from our team.”

Finding a way to get an advantage over them will be key to a victory.

Against Caddo Mills, Farmersville found some success in their passing offense, with Chairez totaling 189 yards in the game, but it wasn’t enough to keep Farmersville competitive. Facing a weaker defense compared to Caddo, Farmersville hopes to get into a rhythm early and often with their passing attack.

Here’s what Hankins said about his offense:

“I know the scoreboard isn’t always indicative of it, but we’re always one thing away from making big plays,” coach Brandon Hankins said. “That being said, you can’t be selfish to run this offense. You need guys who can play well without the ball and players who block who they’re supposed to block.”

The offense will need to clean up mistakes to expect a win.

For live scoring breakdowns and updates from Farmersville versus Wills Point, follow the Farmersville Times on twitter, @farmersville.

For the full story, see Oct. 22 issue or subscribe online.