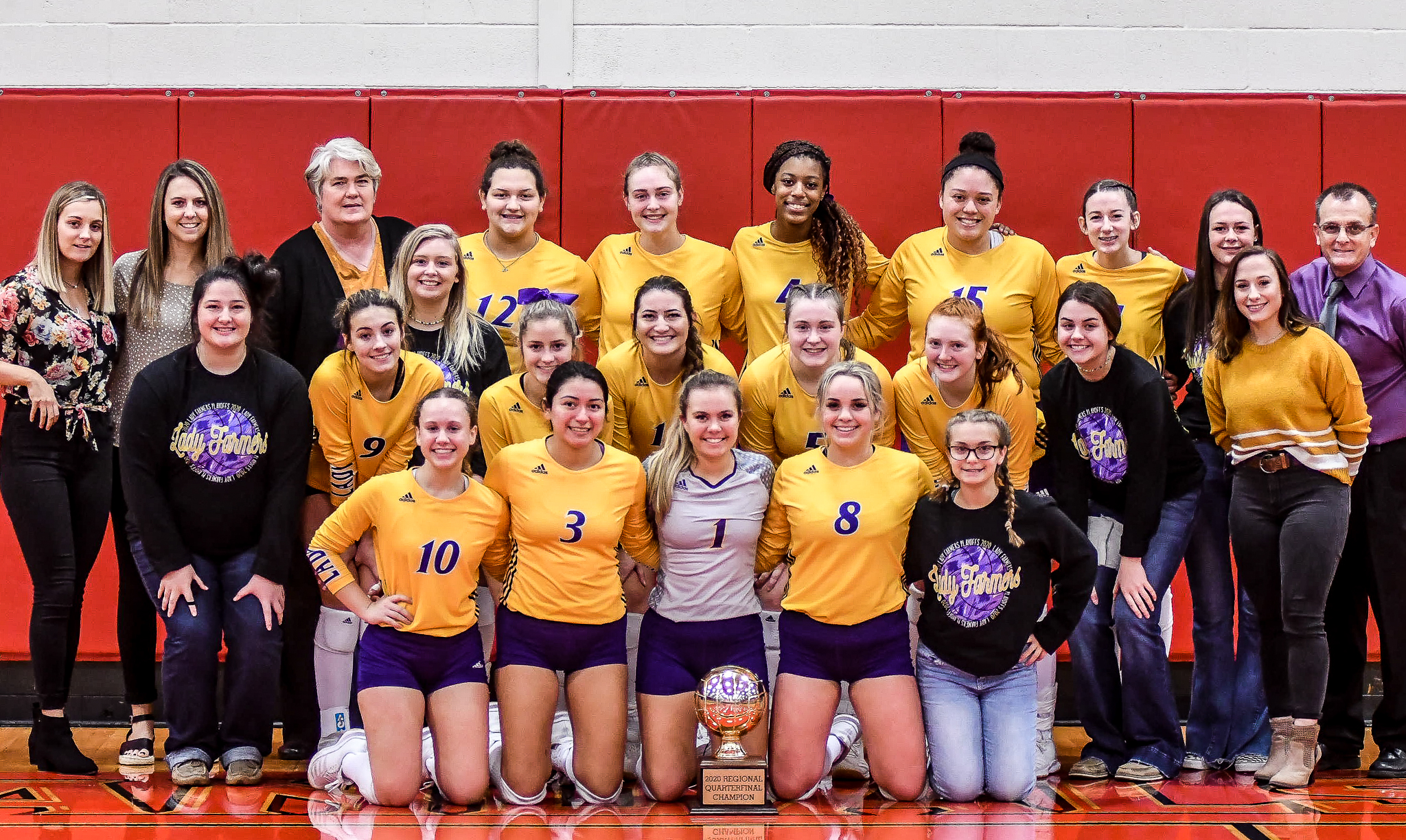 “I’m very proud of our girls, they worked their butts off,” Davis said. “They did everything we asked, it’s just that Kennedale is a good team. You have to play your best in every situation to beat a team like that. There were a couple of rotations that we couldn’t get out of, and they took advantage of that.

Already tying the score at one set each, the Lady Farmers had an opportunity to keep momentum on their side with a win in set three. Going down to the wire, Kennedale was able to pull through at the last minute, closing the set on a 4-1 scoring run to win by three. While Farmersville had a chance to even it in the fourth, losing the third set allowed Kennedale to consume the momentum, helping them pull away in the final frame

This entire season, senior Reese Fetty has been a player on both the offensive and defensive ends that Farmersville has relied on. The same was true against Kennedale, where she helped provide a big spark to their offense during the second set. Playing around Fetty proved to be a strategy for Kennedale, securing bunches of points when she was on the back row

For a full recap of the Farmersville versus Kennedale playoff matchup, check out our Nov. 19 issue or subscribe online.