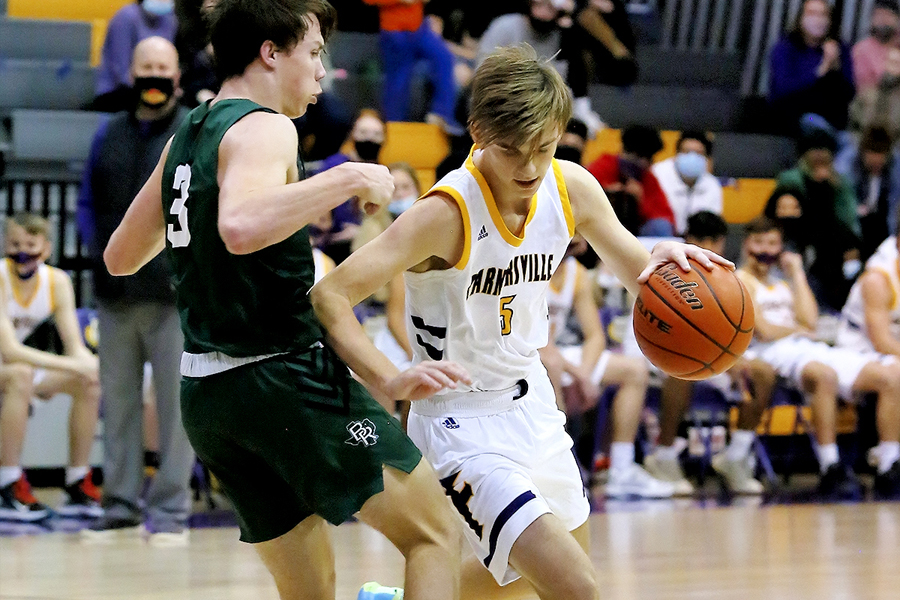 After gaining momentum in their last two wins, the Farmersville boys basketball team will put their season on pause for the second time this season.

Due to COVID-19 concerns, the next three boys high school basketball games at both the varsity and junior varsity levels have been canceled. These included the last three pre-district games on their schedule, a road match at Pottsboro Friday, Dec, 11, a home match against Callisburg Tuesday, Dec. 15, and their road match against Pittsburg Friday, Nov. 18.

In a statement posted on their Facebook page, Farmersville ISD said they, “appreciate your understanding during these most difficult times as we continue to do our best to keep our staff and students as safe as possible.”

According to coach Green, the Pottsboro game has been rescheduled for Saturday, Jan. 2, with the JV team starting at 9 a.m. while the varsity game starts at 10:15 a.m. Their games against Callisburg and Pittsburg are unlikely to be rescheduled at this time. With these cancellations, the boys basketball team is scheduled to return to action Tuesday, Dec. 22, for their district opener against Caddo Mills.

This cancellation marks Farmersville’s second series of cancellations due to COVID concerns in the last month. Earlier in the season, Farmersville High School announced that both basketball teams would be canceling all FHS and FJHS basketball games from Monday, Nov. 16, through the thanksgiving holiday break.

Games for the girls basketball team are not affected and will be played as scheduled.