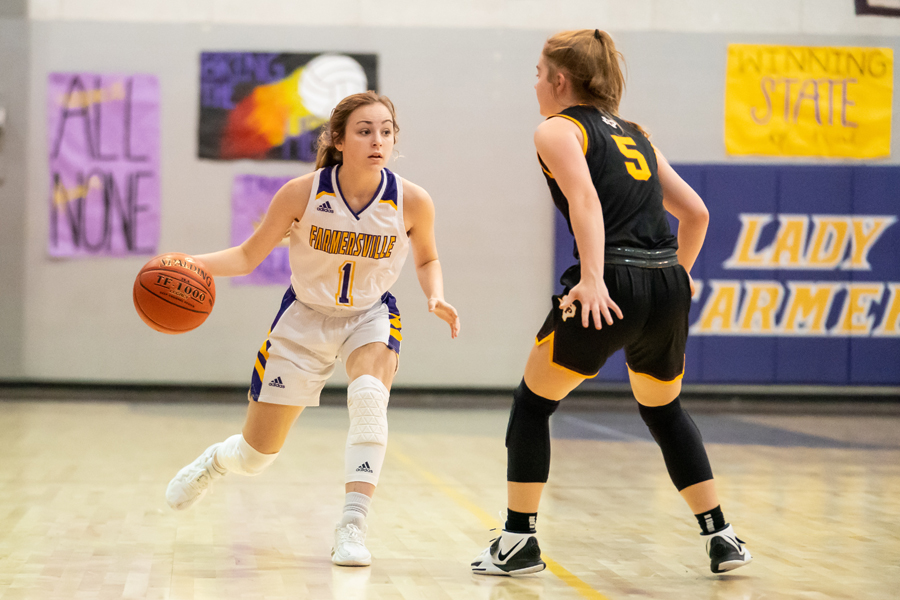 Entering their final game of 2020, the Farmersville girls basketball team was playing for momentum as they contin­ued their district aspirations.

Holding a 3-4 season record, the Lady Farmers were tied for third place in their district with Terrell after a loss to Caddo Mills Dec. 22. Facing a 6-7 Collinsville team, Farmersville had the opportunity to get into a rhythm against a subpar 2A school.

Hosting an early morning game Wednesday, Dec. 30, the Lady Farmers were unstop­pable in a season-high scoring performance, defeating Col­linsville 95-44. With the vic­tory, the Lady Farmers move to 4-4 on the season, including four wins over their last five games.

For the full story, see the Jan. 7 issue or subscribe online.