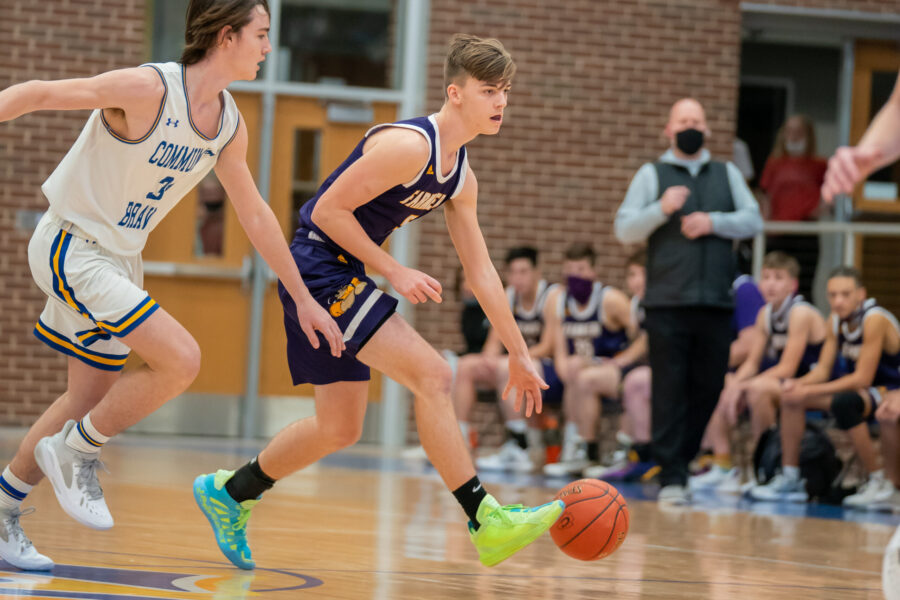 After earning their first district victory last week against Sunnyvale, the Farmersville boys basketball team had the opportunity to move up in the district standings in two road matchups.

Holding a 1-2 record in district, the Farmers were within striking distance of a playoff spot, needing a strong week of competition to keep their district seeding alive. Instead, the Farmers found themselves in two brutal matchups that left them looking for answers.

The Farmers opened the week in Kaufman, facing a strong Lions team Tuesday, Jan. 12. Playing their third road district game in two weeks, the Farmers were unable to pull off the upset thanks to a strong offensive performance from the Lions, losing 100-59.

For the full story, see the Jan. 21 issue or subscribe online.