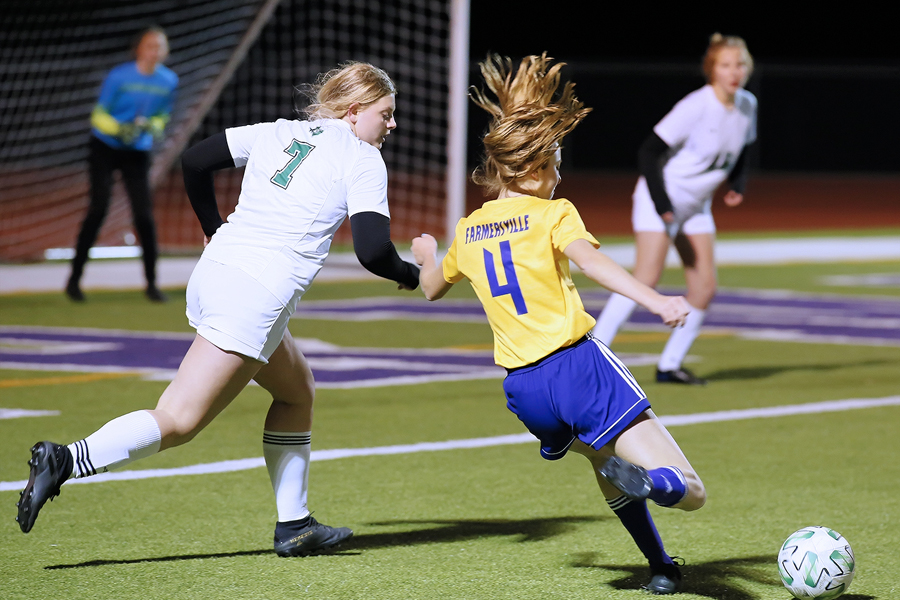 Entering the first week of district competition, the Farmersville girls soccer team had the momentum necessary to make an early season run.

Winners of six straight contests, including a shoot­out victory over Community, the Lady Farmers had proven they can put in quality per­formances against similar 4A opponents. They would need that energy in its first two dis­trict contests, hosting Caddo Mills Jan. 27, before facing Quinlan Ford at home Jan. 30.

In the first contest of the weekend, the Lady Farmers played a strong Caddo Mills team that entered the district with a 9-1-1 record.  After remaining tied through the first half, Farmersville was unable to find a way onto the scoreboard, losing to the Lady Foxes 2-0.  Both of Caddo Mills’ goals were scored in the second half.

For the full story, see the Feb. 4 issue or subscribe online.