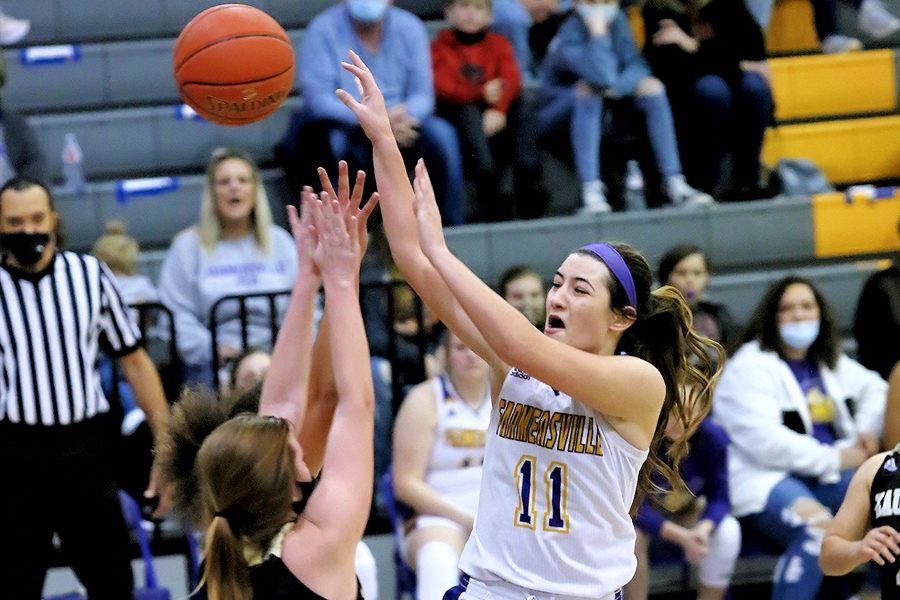 Entering the final week of the regular season, the Farmer­sville girls basketball team still had everything to play for go­ing into the postseason.

Tied with Caddo Mills for the second seed in the dis­trict, the Lady Farmers had the opportunity to earn a home playoff game. After the Lady Farmers have coped with an up-and-down season, including losing most of the pre-season due to volleyball, being able to earn a top-two seed would show strong signs of improve­ment for Farmersville going forward.

Farmersville opened the week on the road, traveling to Terrell to face a good Lady Tigers team Tuesday, Feb. 2. Similar to the Lady Farmers, Terrell was also in the hunt for a home playoff spot, sitting one game behind Caddo Mills and Farmersville in fourth place with a 6-4 district record. In a competitive game among two similar teams, Terrell got revenge for its loss to Farm­ersville earlier in the season, dominating the Lady Farmers en route to a 77-40 victory.

For the full story, see the Feb. 11 issue or subscribe online.