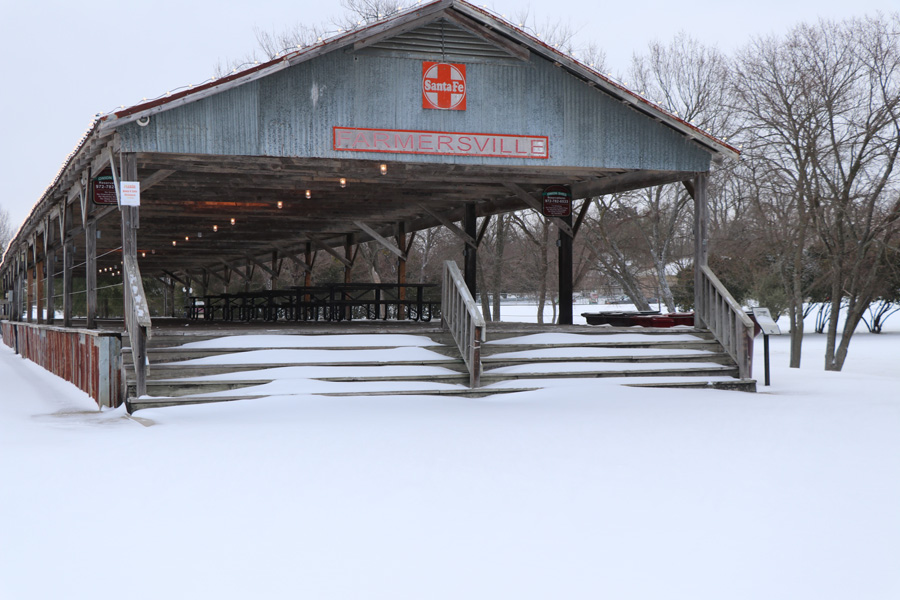 Farmersville got through the winter storm of 2021 in relatively good shape, City Manager Ben White has told the city council, but he added that there well might be more economic pain on the way.

White delivered an after-action re­port Feb. 23 on the city’s response to the winter crisis to the council at its regular meeting at City Hall.

The city manager said city residents are likely to be hit with significantly greater electrical utility charges in the coming weeks because of greater than normal usage.

“The kilowatt hours they use will be the main culprit,” White said of the bills that residents will see in the com­ing month. “We have a lot of homes with electric heat but with no insula­tion,” he said.

“Strange things happen at 10 de­grees,” White told council members, recalling the sequence of events that occurred in the city as the Arctic front swept over Texas the weekend of Feb. 13-14. He said the city started getting warnings from the Electric Reliability Council of Texas – the non-profit orga­nization that manages the state’s elec­trical grid.

Jeramy Jones, the foreman of the municipally owned electrical provider, began “shedding load” around 4:30 a.m. on Feb. 13, as he sought to relieve pressure on the power supply being de­livered to the city. The city kept phone lines open and managed to get people turned back on after they lost power, said White.

For the full story, see the Mar. 4 issue or subscribe online.