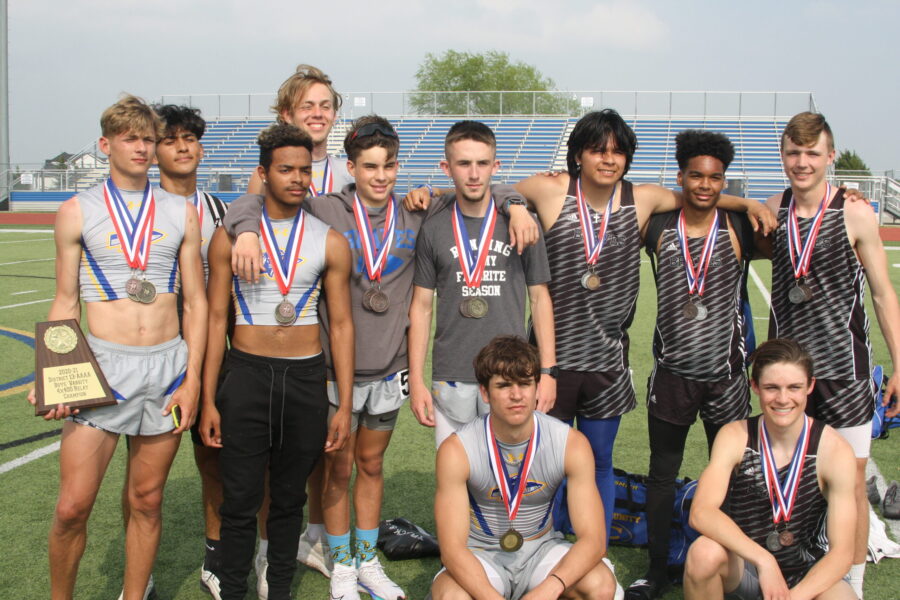 Last week, the Community track and field team headed to Sunnyvale to compete at the district track championships alongside six other schools April 8-9, looking for a chance to advance to the regional meet.

The top finishers for CHS at the district championship were the Braves, who finished third overall with 70 team points and had seven athletes advancing to the regional meet. Kaufman finished first overall with 216 total points, while host Sunnyvale finished second with 151 team points.

Two athletes who advanced in multiple events for the Braves were Zachary Smith and Jonathan Norris, each earning a gold medal at the district championships. Smith advanced in the mid-distance events, finishing first in the 800-meter run (2:06.20) before placing fourth in the 400-meter dash (54.39). Norris earned the lone medal in the field events for the Braves, finishing first in the high jump (6’-0”).

For the Lady Braves, a strong field of competitors limited what they could do overall, finishing sixth overall with 22 total points and two athletes advancing. The Sunnyvale Lady Raiders took first place with 185 total points, finishing nine points ahead of second place Kaufman, while Terrell finished in third place with 80 total points.

Emma Steward was the lone Lady Brave to qualify for two separate events, finishing second in the 100-meter hurdles (18.22) before earning a fourth place finish in the 300-meter dash (51.22). Similar to the boys’ side, the Lady Braves earned a gold medal in the high jump competition, with Brenna Bottoms finishing first overall (5’6”).

The regional track and field championships are scheduled to be held Thursday, April 15, at Kaufman. Alongside the qualifiers from Farmersville’s district meet, other competitors include top-four finishers from district 14-4A, including Athens, Brownsboro, Canton, Mabank, Van and Wills Point.