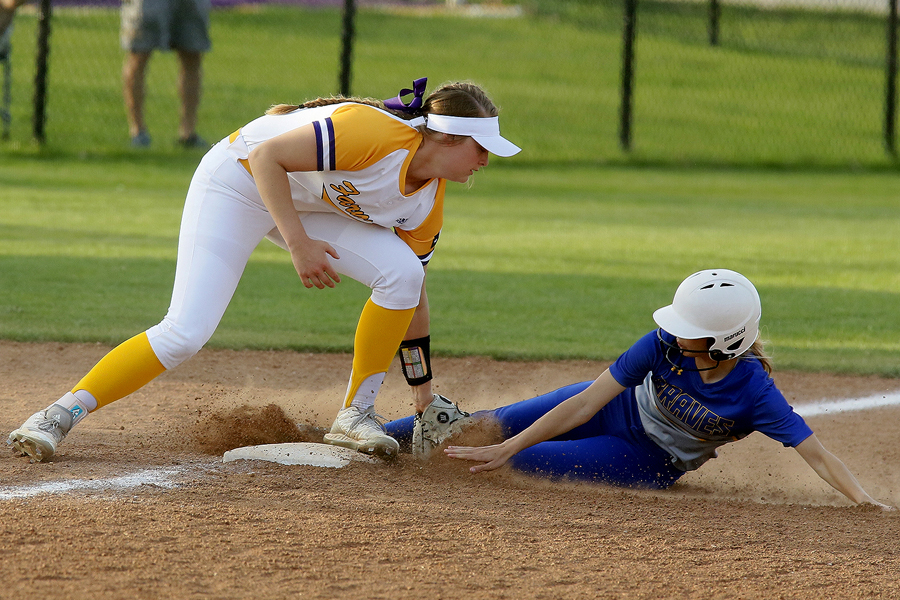 After two morale boosting wins the previous week, the Farmersville softball team entered last week with a chance to improve its standing as it opened the second week of district play.

Farmersville opened the week at home, hosting the Community Lady Braves Tuesday, April 6. Holding a lead for most of the game, the Lady Farmers managed to use a strong defensive effort to dominate their rival en route to a 10-0 win over the Lady Braves.

Coach Paula Wilfong said she was proud with how the pitcher-catcher duo helped propel the team to a victory.

“The freshmen duo of Jamie Varga and Cecily Sandoval at pitcher and catcher put on another great performance to pick up another win for us,” Wilfong said. “They are both playing great right now. Offensively, we found gaps at the right times and executed on the basepath to compile ten runs in five innings. With Rylee Ortega going 3-for-3 and Reese Fetty going 2-for-3 with a home run and two RBIs, we were able to maintain a strong lead throughout the game.”

Holding a solid 4-0 lead, Farmersville scored six more runs in the fifth inning to ice the game, as Rendi Fetty, Ingram, Varga, and Morgan Erwin all moved runners across the plate. Varga was the winning pitcher for the Lady Farmers, allowing zero runs on five hits, striking out six and walking one in five innings of work.