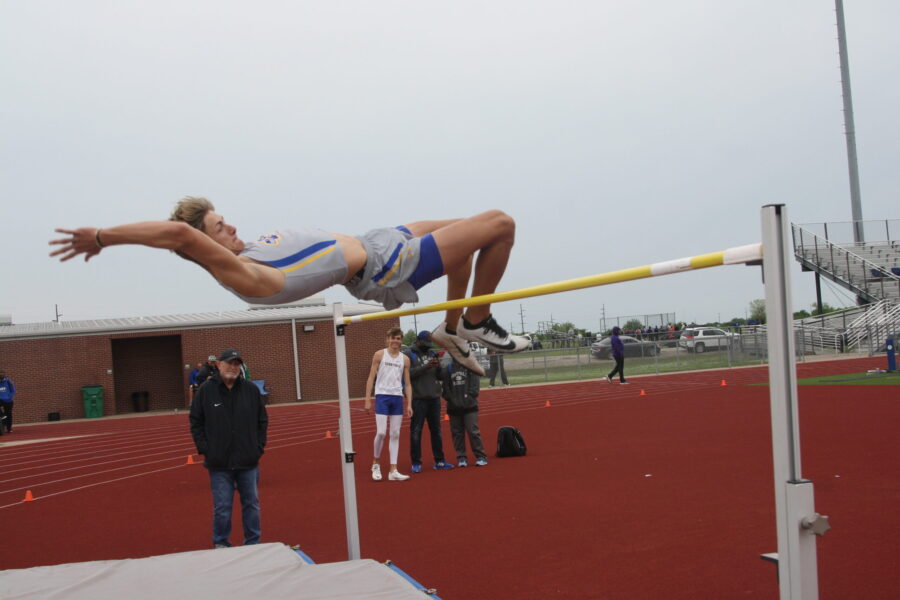 Following a strong showing at the district track championships in Sunnyvale, the Community track and field team headed to Wills Point for the next leg of postseason competition, participating in the area track and field meet Thursday, April 15. With nine athletes competing, the Braves managed to advance four of their participants, including one of the relay teams.

The top finishers for CHS at the area meet were the Braves, who finished 11th overall with 23 team points and had three athletes advancing to the regional meet. Brownsboro took first overall with 98 total points, while rival Sunnyvale took second with 96 team points.

Two athletes advancing in multiple events for the second consecutive week were senior Zachary Smith and junior Jonathan Norris. Smith earned the lone medal for the Braves, finishing second in the 800-meter dash (2:03.60), running a personal record. Norris advanced in the high jump competition, finishing fourth overall (6’-0”). Norris and Smith both advanced as members of the 4X400-meter relay team, along with Arnulfo Saucedo and Charlie Ott, who finished fourth in the relay race (3:33.04).

The regional track and field championships are scheduled to take place in Commerce this weekend.