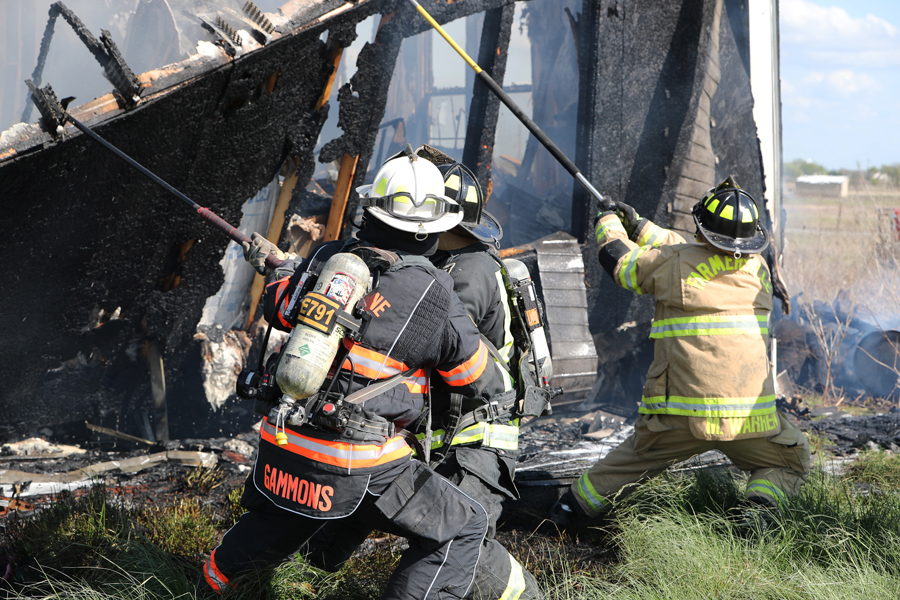 The Farmersville Fire De­partment has received the rare distinction of being awarded Texas’ highest insurance rating, according to City Manager Ben White, who added that the rat­ing doesn’t usually go to a vol­unteer fire department.

White made the announce­ment at the city council’s April 13 meeting, telling council members that the Level 2 rat­ing issued by the Insurance Ser­vices Office will be good for 10 years. It prompted a response from Fire Chief Kim Morris, who said he hoped it would “the last time” he has to undergo a testing regimen from the state to determine its insurance rating.

The fire department has two full-time staff members, Morris and Assistant Chief Kevin Lis­man. The rest of the department is staffed by volunteer firefight­ers and emergency medical per­sonnel.

“Thanks go to Chief Mor­ris and his crew” for the rating issued to the city, White said. The city manager explained that lower numbers on the ISO scale translate to less expensive fire insurance premiums for homeowners and business own­ers. “We are scoring the lowest number possible for a city pro­tected by a volunteer fire de­partment. It’s been that way for the past 10 years,” White said.

He credited Morris, Lisman and Tyler Roman – a volunteer firefighter who is active in car­rying out administrative and maintenance duties for the de­partment – for helping “immea­surably” to obtain the ranking.