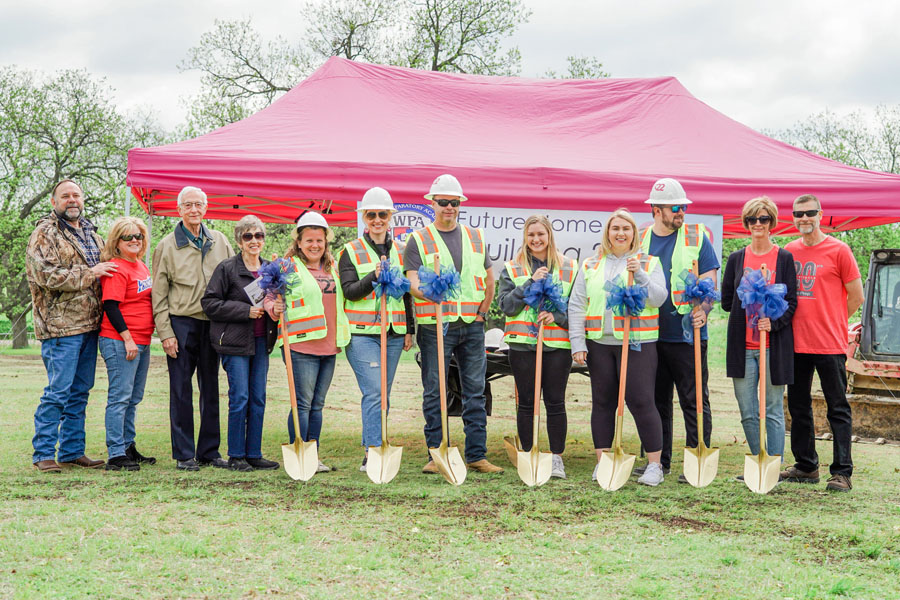 She was known as a leader, a gifted athlete, a true friend and an old soul who had an unwav­ering faith in God.

In an instant, Ally Hooten’s short, light-filled life was taken when she died tragically in an ATV accident January 7, 2017 at the age of 16.

In the days that followed, her heartbroken parents, Steve and Jana Hooten, planned Ally’s funeral while tending to their then 12-year-old daughter Sara who suffered critical injuries including a broken neck, bro­ken leg and a concussion in the accident. Ally’s oldest sister Emma,18, was out of town the day she “lost her best friend,” says Jana.

Faith, along with family and friends, is what the couple said got them through those dark times.

“When everything happened the first thought (we had) is we’ve got to trust the Lord,” Steve said. “He wasn’t asleep the day of the accident.”

Soon, a plan was formed to honor Ally’s memory and build a legacy so youth would be impacted by her leadership and love of Christ for years to come.

At the time of her death, Ally was a sophomore, Emma was a senior and Sara was in the 7th grade at Wylie Prep, a private Christian school in Wylie.

“She was an athlete through and through,” Jana said. “She was known for her pearls she loved to wear but she could tear it up on the court.”

For students at Wylie Prep, the court didn’t and still doesn’t exist right now, so student ath­letes have to travel long dis­tances to other facilities just to practice and compete.

“We’ve never had our own home gym,” Jana said. “So, we thought ‘What a better way to honor her than to be able to raise funds for something that would benefit so many kids? So many kids that walk through the door will learn about the Lord, our faith and hear Ally’s story.”

Multiple fundraisers were held in Ally’s honor by the school and by the Richard­son Police Department where Steve worked. As a result, just two months after her death the Hootens formed Ally’s Legacy, a nonprofit focused on rais­ing funds for a multi-purpose building on the grounds of Wy­lie Prep, and for other outreach ministries.

Shauna Shea, Ally’s former basketball coach, friend and mentor who is now Develop­ment Director for Wylie Prep, spearheaded much of the work and fundraising.

“She loved her and had kind of been wanting to see Ally’s memory stay alive,” Jana said. “The service projects, the gym, they’re all things that Ally would have wanted to see hap­pen. That was just her. That was who she was.”