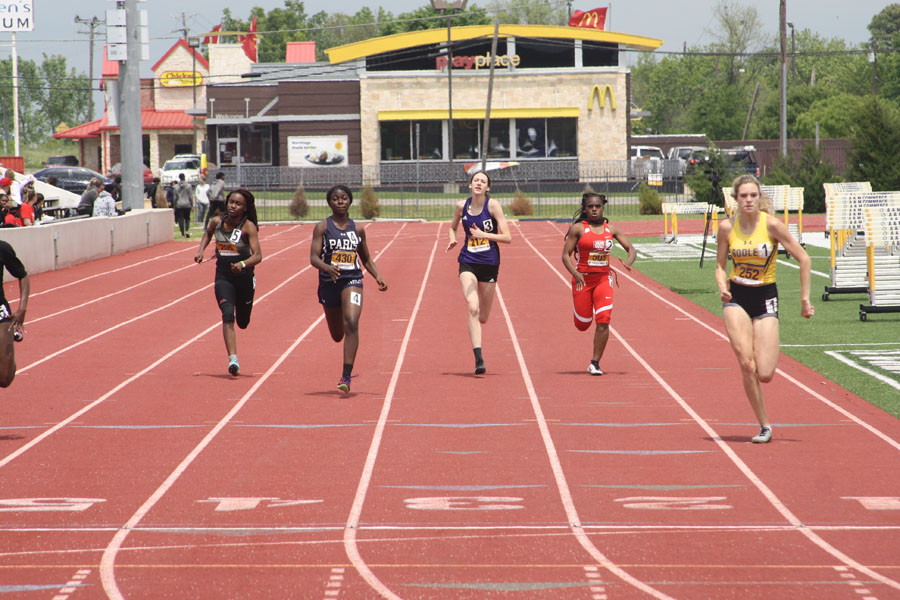 After having three athletes earn medals at the area cham­pionships at Wills Point, the Farmersville track and field team headed to Texas A&M-Commerce for the next leg of postseason competition, partici­pating in the regional track and field meet April 23-24.

Facing tough competition from four separate area meets, the Lady Farmers were unable to replicate their success from the area meet, failing to qualify any athletes for the state meet. As a team, Farmersville failed to generate a point, while Ken­nedale took the girls regional championship at 116 total points. Celina took second with 55 team points while Melissa rounded out the top three teams with 47 total points. Kilgore took home the top boys prize with 54 total points.

Coach Josh Howard said he was extremely proud of how his team battled, showing signs of improvement from the area meet.

“I could not be prouder of the way these three have competed all year,” Howard said. “Things didn’t turn out exactly how we would have liked but I’m ex­tremely happy with their perfor­mances. Baylee was one place out of making the finals in the 200-meter, but beat every com­petitor that was at our area meet which is something to build on moving into next year.”

For the full story, see the Apr. 29 issue or subscribe online.