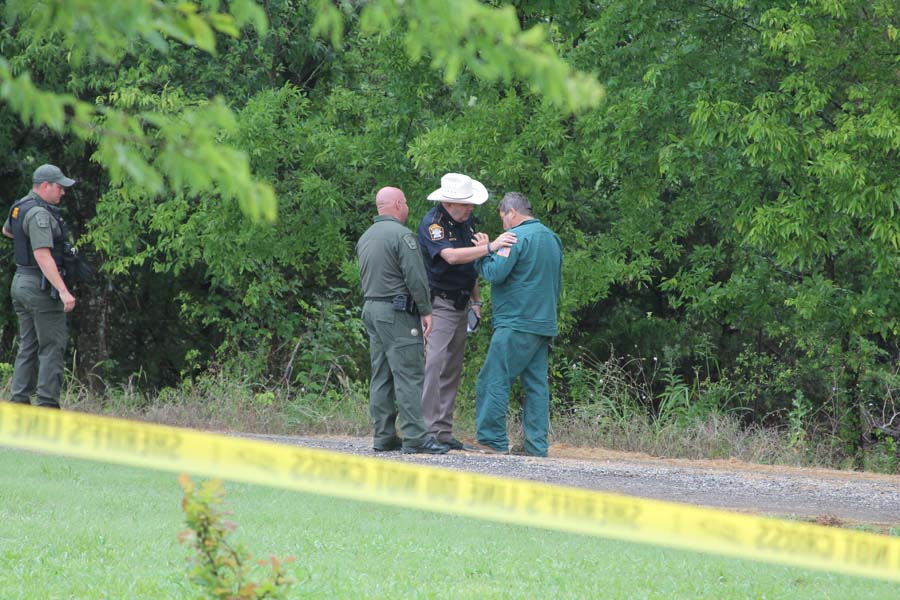 Collin County Sheriff's Office Assistant Chief Deputy Nick Bristow, center, consoles an unidentified man near where an explosiion killed two people and injured three others Monday norh of Farmersville. Standing next to Bristow is Collin County Sheriff’s Office Capt. Chris Fontana, and to the left is Deputy Ryan Nance. The man Bristow spoke with worked for one of the companies at the scene.

Skylah Spradlin said she was outside enjoying the rainy weather and “talking to God” Monday afternoon, June 28, when she heard the explosion, which she described as resem­bling a gunshot.

But this noise was “super close” — behind her home — and louder than an ordinary gunshot, as Spradlin often hears firearms going off in her rural area on FM 2756, about two miles north of Farmersville.

The noise turned out to be a gasline explosion, one that killed two people and injured three others. Spradlin lives in a house near where the explosion occurred, in the 14700 block of 2756.

For the full story, see the July 1 issue or subscribe online.