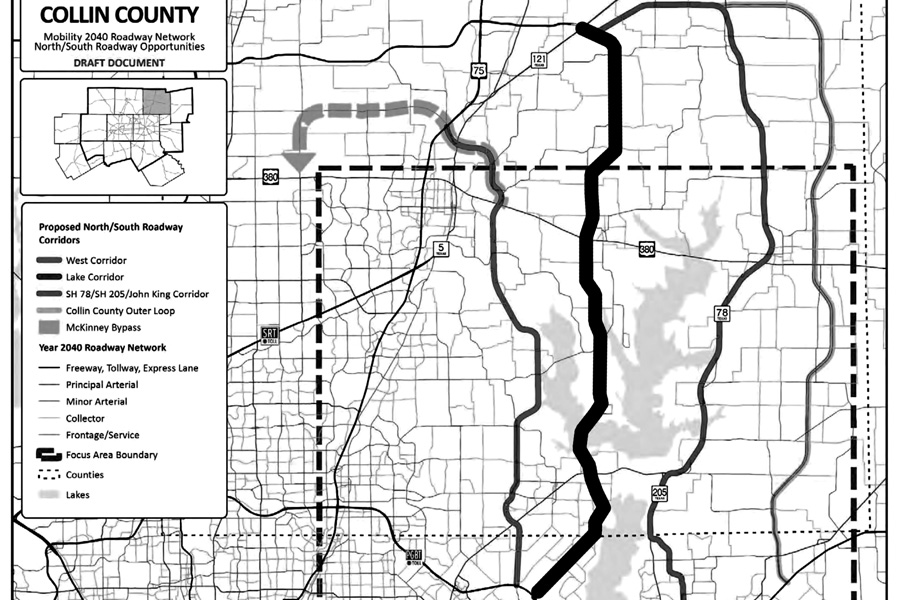 Several different road expansions and improvements are being funded by the county. Courtesy photo. 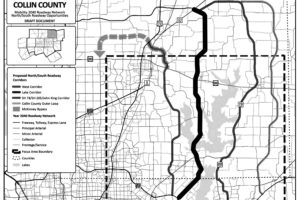 Several different road expansions and improvements are being funded by the county. Courtesy photo.

Armed with a list of options, Collin County Commissioner Chris Hill is making the rounds to explain to citizens the challenges on the horizon to ensure transportation needs keep up with a population explosion expected to reach 3.5 million residents by 2050.

Collin County currently is home to about one million people, a number that is growing by more than 25,000 per year, the U.S. Census Bureau estimated. Much of that growth is now occurring in the eastern half of the county that Hill represents as Precinct 3 Commissioner. By 2050, Collin County is expected to have more residents than Dallas County.

“That is amazing, that we are expected to pass them,” Hill declared.

To address the population surge, county and state officials are looking at several plans to keep traffic flowing, allowing residents to get to and from work.

For the complete story see the July 7 edition of The Farmersville Times or click here for the e-Edition.