Experience aplenty on defensive side of ball 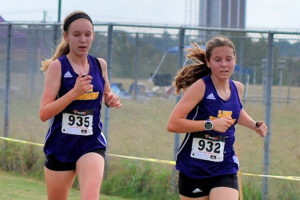 Several key pieces on all three sides of the ball were lost to graduation.

Despite that, Farmersville football head coach Sammy Burnett sees potential in the team that will take the field in 2017.

Like the offense last year, the defense this time around will be loaded with experience.

“We are going to have lots of experience on that side of the ball,” Burnett said. “We have to find two defensive ends, but I think we have the kids to fill those positions.”

Back for another go around are Juan Garcia and Ryan Hargrave, Clay Hibbitts, Braxton Hacker, Shawn Parker, Gareth Harp and Kobie Sheriff.

For the full story see the August 17 issue or subscribe online.