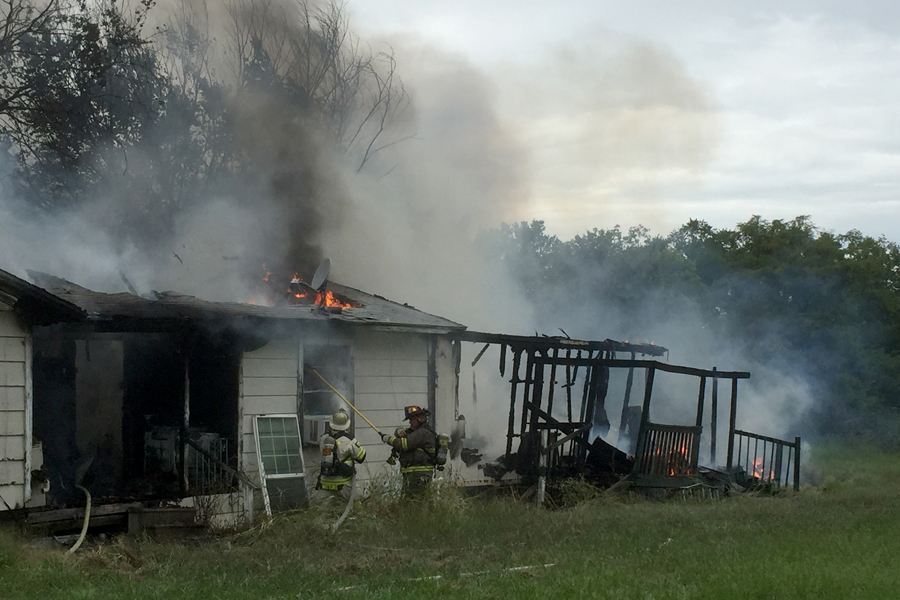 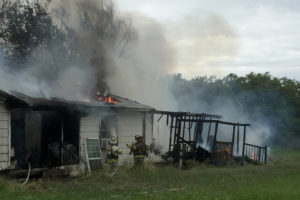 Multiple agencies were called to Gantt Street in Princeton around 11:30 a.m. Saturday, Aug. 26 for a fully involved structure fire.

Princeton, Melissa, Lowry Crossing, Branch, McKinney and Farmersville firefighters arrived on scene to fight the blaze however the vacant house is a completely loss.

The fire is being investigated as a possible juvenile arson.

For more information see the Aug. 31 edition of The Farmersville Times.

For video of the structure fire, see below.