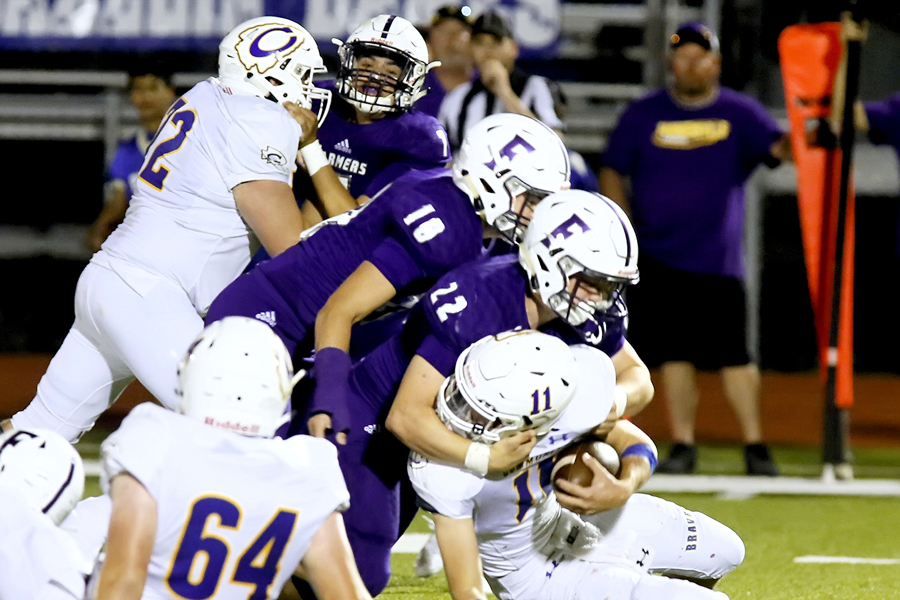 Unable to overcome: Five turnovers do in Farmers during defeat 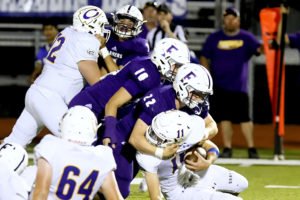 Too many turnovers did in Farmersville (1-1) last Friday in the first home football game of the season.

“You can’t give up the ball that many times and expect to win a game. I thought the kids played hard up to the very end of the game. The turnovers just did us in,” head coach Sammy Burnett said.

The non-district contest was deadlocked at 7-7 after two quarters of action.

Farmer Kobie Sheriff scored on an 8-yard pass from Michael Bagwill. Eli Alonso was good on the point after attempt.

For the full story see the Sept. 14 edition or subscribe online.