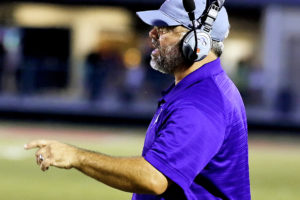 It has long been the goal of Farmersville football head coach Sammy Burnett to return to Brownwood in the same capacity.

He achieved that last Thursday after being named for the same position at his high school alma mater.

“I think it’s a true blessing. It has been a goal of mine since I started coaching to come home and help to continue the traditions of that program,” Burnett said. “The decision to take the job was a hard one. The people of Farmersville and the administration have been rock solid. I’m going to miss it here.”

He takes over for Kyle Maxfield, whom resigned on Feb. 15 after two seasons. The Lions roared to a pair of playoff appearances and went 12-9 overall.