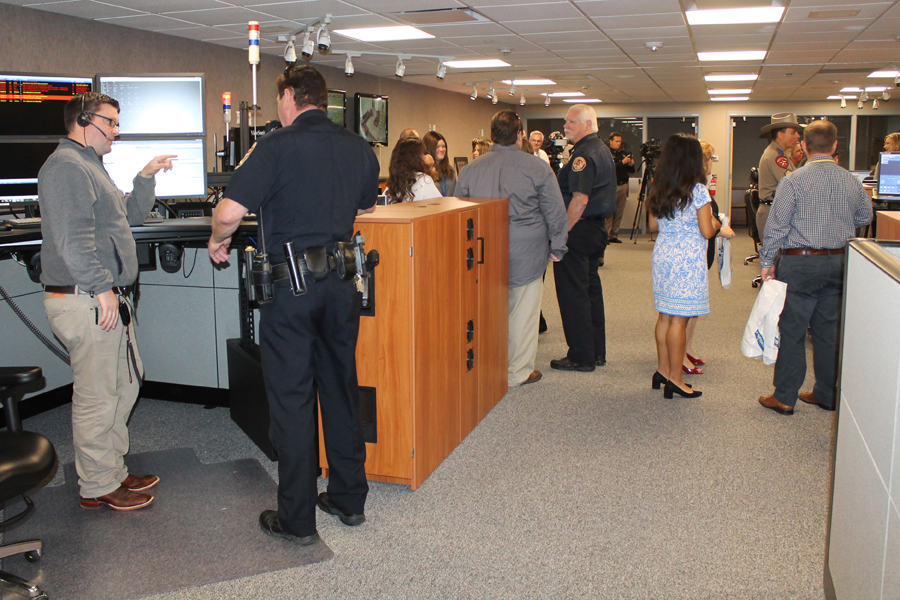 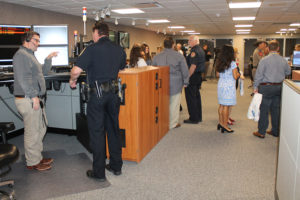 The center is located in the sheriff’s office complex at 4300 Community Ave., McKinney. The open house was held Thursday, May 23.

County Commissioners approved construction of the facility in January 2017 and dispatchers were moved at the end of April. Cost of the center was $899,999.

“This is a state-of-the art communications center with a budget of just under $900,000,” Chief Deputy Kelly Stone said. “It has been a labor of love for Commander (Pam) Palmisano.”

The center provides emergency dispatching services for police and fire departments in Farmersville, other smaller Collin County communities and backs up dispatchers
in larger communities.