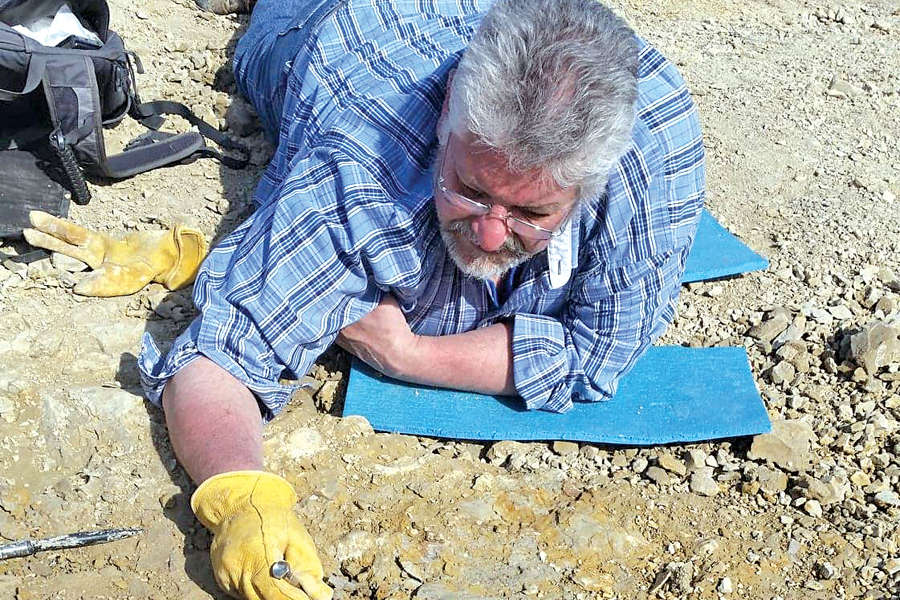 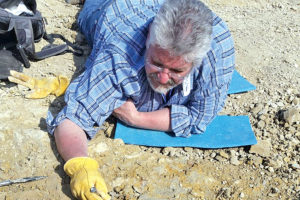 Michael Polcyn, Senior Fellow at Southern Methodist University Institute for the Study of Earth and Man, works to uncover pieces of bone associated with a mosasaur find on the shores of Lake Lavon.

A Collin County family recently made quite the discovery, of a prehistoric nature, near Lake Lavon.

Matthew Payne, of Wylie, along with his wife Tana Trent and her daughter Landry, 11, uncovered an 80-million year old mosasaur skeleton.

Though the animal’s name may sound like a dinosaur, and it did appear in the Jurassic Park series, it is in fact a marine lizard, according to Michael Polcyn, Senior Fellow at Southern Methodist University Institute for the Study of Earth and Man.

The local family is no stranger to fossils and is extremely familiar with mosasaurs as this is their third fossil find in Collin County.

For the complete story see the April 4 edition or subscribe online.