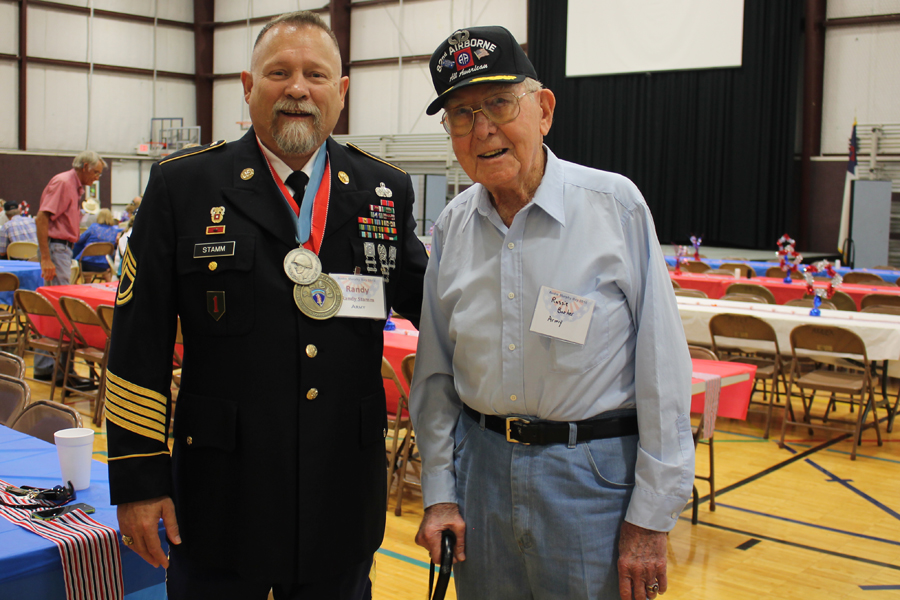 Audie Murphy Day on the horizon 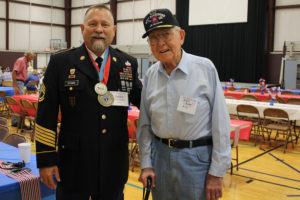 Honor and respect, along with a bit of fun, is scheduled for this year’s Audie Murphy Day, which will be held Saturday, June 17 in downtown Farmersville.

The annual celebration is held to honor veterans and active duty military personnel for their service, along with World War II’s most decorated soldier Audie Murphy.

This year marks the 18th year for Audie Murphy Day, which is a free Farmersville Main Street Program event.

A listing of veterans, including those deceased, along with active duty personnel will be featured.

The activities include the traditional parade, a special Commemorative Air Force flyover and a reception for veterans and active duty personnel.

Audie Murphy Day will begin with a veterans’ registration at the First Baptist Church from 7:30 a.m. to 9 a.m. The church is located at 124 S. Washington Street in Farmersville.

A breakfast prepared by the First Baptist Church will be offered during the registration.

As a special attraction during Audie Murphy Day, military exhibits will be on display at the church during the registration and veterans and active duty personnel are welcome to bring items to display to share with others. Items will be secured during the event.

The Rike Memorial Library at 203 Orange St. will also have extended hours from 9 a.m. to 4 p.m. so visitors can see the Audie Murphy display.

Also for Audie Murphy Day, the Bain-Honaker house will be open from noon to 3 p.m. with a special military display throughout the house memorializing the lives of local women who have served in the military.

The downtown parade will kick off at 10 a.m. with a Commemorative Air Force flyover featuring the BT-15 Little Noodle, Stearman Ready for Duty and L-5 Miss Ziggy.

Veterans and active duty personnel will have the opportunity to ride in the parade.

Any veterans or active duty personnel that have not yet registered for the event can do so by calling Linda Foy at 214-435-0324.

Historic military vehicles, classic cars and more will be featured in the parade.

For those wanting to participate in the parade, forms are available online at www.farmersvilletx.com or by calling Farmersville Main Street at 972-784-6846.

The program honoring local veterans, active duty personnel and Audie Murphy will begin at 10:45 a.m. at the Onion Shed.

The day’s activities will conclude back at FBC with a reception where a luncheon, prepared by area 4H groups, will be served for the veterans at noon.

For more information, contact Farmersville Main Street at 972-784-6846 or via email at [email protected] Up-to-date information can also be found on Facebook at www.facebook.com/AudieMurphyDay.