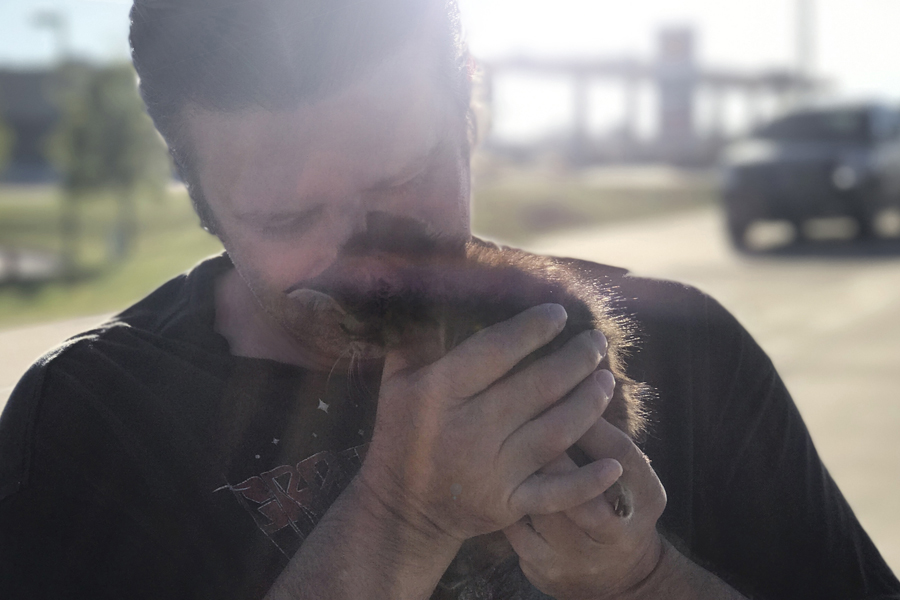 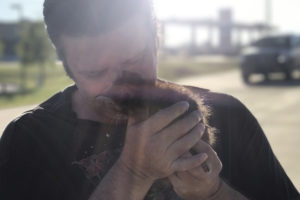 Earl Stokes comforts a baby kitten that he rescued from the middle of Hwy. 380. The kitten was then adopted by a local family that dubbed the kitten Murphy in honor of his terrifying experience on Audie Murphy Pkwy. Courtesy photo.

Scaredy cat took on a whole new meaning for a 4-week-old kitten recently rescued in the middle of Hwy. 380.

Driving south on Hwy. 380 near Lexington Lodge, Stokes was on his mobile phone when he spotted something in the road as he passed over it.

“Honestly, I thought it was a baby possum,” he said. “I decided to turn around and pulled a U-turn.”

An animal lover at heart, Stokes said he has saved at least 20 turtles from roadway harm since moving to Farmersville eight years ago. He was prepared to do the same with the would-be possum only to find out it was a tiny baby kitten.

For the complete story see the June 29 edition of The Farmersville Times or click here for the e-Edition.