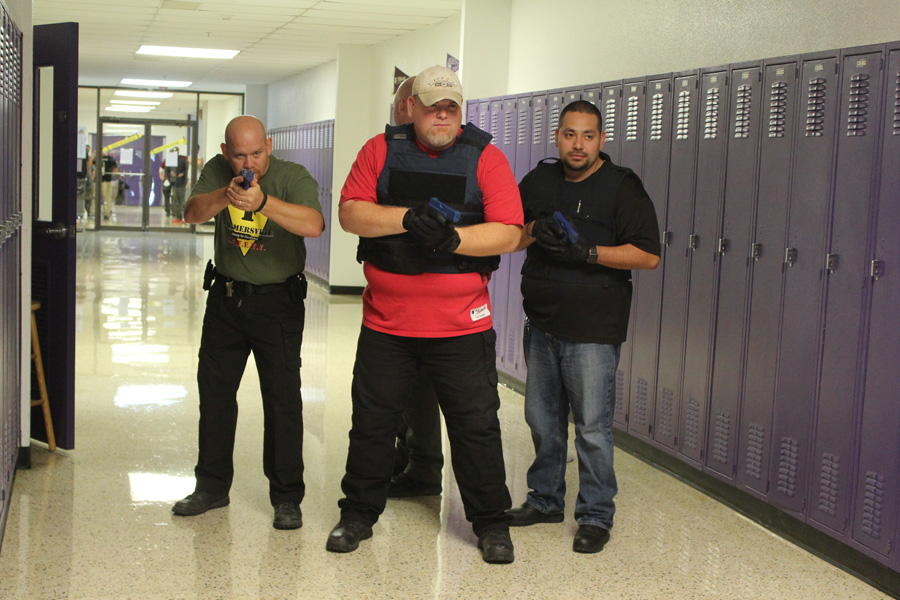 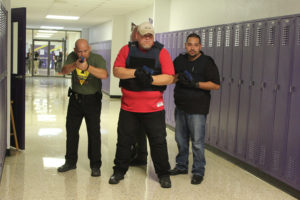 A call arrives for an active shooter inside a school. Police roll with lights, sirens, fully armed to deal with the threat. Multiple agencies are called in.

But then it becomes apparent. How do the agencies know what to do and how to work together in a time of crisis?

Over the past two weeks multiple law enforcement agencies from Collin County including Farmersville ISD PD and Farmersville Police Department gathered to learn how to stop an active threat through Advanced Law Enforcement Rapid Response Training or ALERRT.

According to information provided by ALERRT Center in San Marcos, the center is the only national training program whose primary mission is responding to the active shooter threat. While much of the training is delivered on-site in communities around the country, ALERRT also has a multimillion dollar training facility in San Marcos for advanced active shooter response training.

“It’s unfortunate that we have to even think about this but it is necessary in the world we live in,” Farmersville ISD Police Chief Toby Caviness said.

For the full story see the July 27 edition or subscribe online.