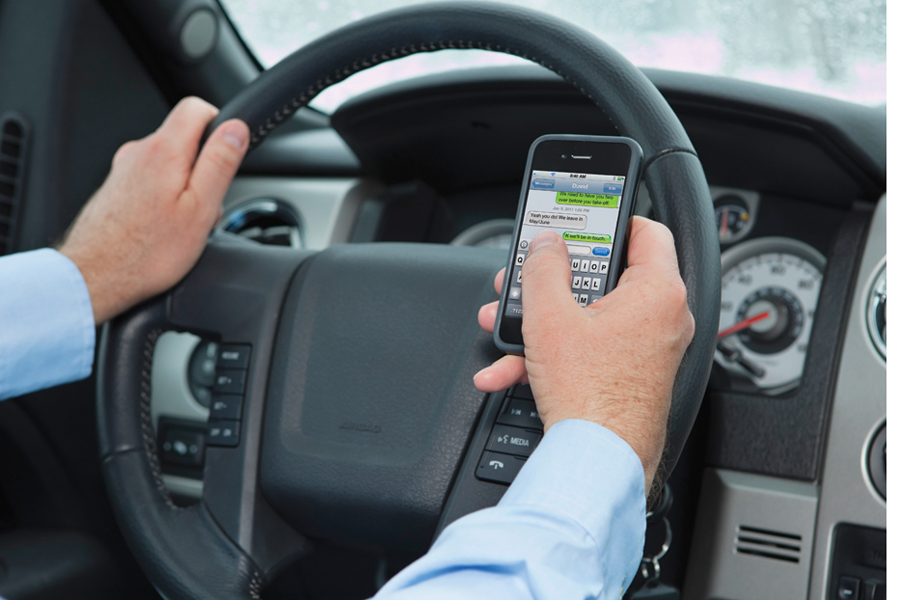 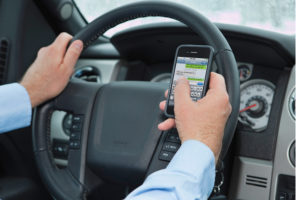 Farmersville Police Department is encouraging drivers to put down their cellphones during this school year. (Courtesy photo)

Along with reduced speeds, Texas law does not allow use of a wireless communication device in a school zone, or on school parking lots during school zone operating times. The fines for this offense range from $200 to $500.

Drivers are also cautioned that beginning at 6:30 a.m. on Wednesday that school buses would be out in force transporting students to schools.

It is illegal to pass a school bus when its emergency lights and stop sign are activated, Caviness said.

Drivers should also be aware of streets surrounding the schools and the policies of picking up students.

At Farmersville High School, there is a one-way parking lot.

New signs were placed in school zones throughout the district. Some of these signs are on Gaddy Street between the high school and Administration building, on Wilcoxson Street behind the high school, tennis courts, and junior high.

For drop off and pick up from the Intermediate school, parents need to take Sycamore and around to Main St.

“Do not come in from the South on Main Street as this blocks Main and prevents through traffic flow. At Farmersville Intermediate School, parents will be required to form two lines in their cars to get their children,” Caviness said. “We’re asking that parents refrain from walking up to pick up their students until the traffic has cleared. The doors open at 7:30 a.m. every school day.”

Tatum Elementary School is also surrounded by one-way streets. New lights and signs were installed by the city around Tatum during the Spring. This will make the school zones and one-way streets more visible. The doors open at 7:30 a.m. every school day.

Another safety consideration for those visiting school campuses is that a U.S. issued government ID will be required even on the first day of school to get into the buildings.

“We advise those parents at Tatum especially to get there early in order to walk their children to their classrooms,” Caviness said.

Farmersville Police Chief Mike Sullivan reminds drivers that as of Sept. 1, it is illegal to text and drive throughout the state of Texas on all roadways.

“As with most new laws passed, generally law enforcement gives a 5- to 10- day grace period so as to alert the public. We will also post PSAs on social media and before the actual enforcement date,” he said.

One new traffic device affecting drivers is the stoplight on Hwy. 78 and Sycamore Street near the Farmersville Junior High School and the stadium. There are push buttons on both sides of the crosswalk.

“We’re also in the process of investigating the cost of installing new flashing alert lights at each crosswalk. We believe these alert lights will assist the motoring public as well pedestrians safely trying to cross the roadway. We will also need to seek the approval of TX/DOT to install these lights,” Sullivan said.

The police department is asking drivers to be patient while the school year, and light cycles are figured out for the Sycamore light.

“We’ll work with TX/DOT to adjust the light cycles if needed,” he said.

The department is also seeking more crossing guards for morning and afternoon crossings. If interested, please contact the police department at 972-782-6141.