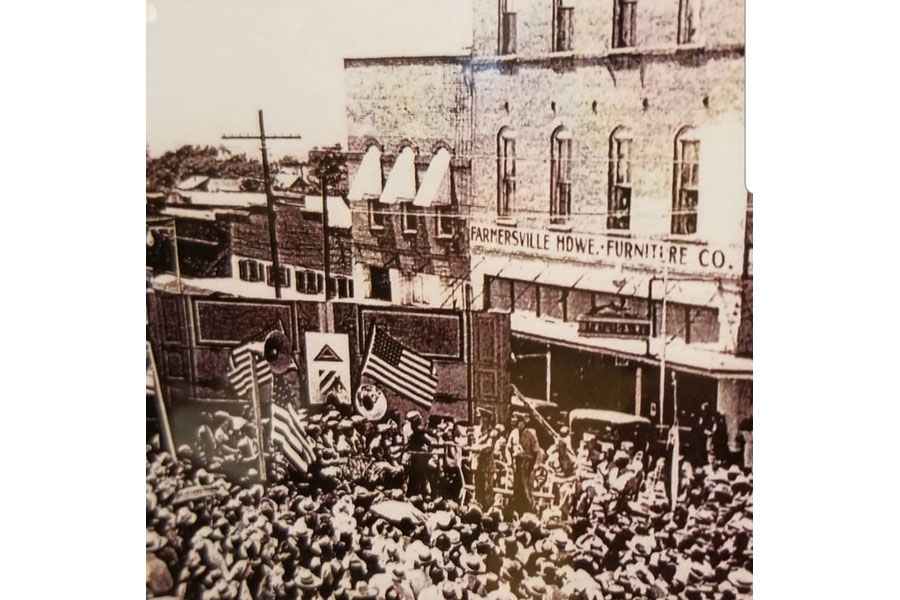 The anniversary of Audie Murphy earning the Congres­sional Medal of Honor will be celebrated Monday, June 15 in downtown Farmersville.

The event marks the 75th anniversary of Murphy’s award and will begin at 5:30 p.m. at the gazebo.

Because of restrictions presented by COVID-19, the city’s annual celebration was cancelled. Organizers said Monday’s gathering will be a time to “honor, thank and re­member all who have served and selflessly given in support of our nation’s defense and national security.”

The ceremony will feature a flag raising, proclamation, reading of Murphy’s June 15, 1945 homecoming, comments from local VFW officials and a wreath will be placed on the city’s military memorial.

The event will be livestreamed via Facebook. com/Audie Murphy Day in Farmersville, Texas. For the full story, see the June 11 issue or subscribe online.