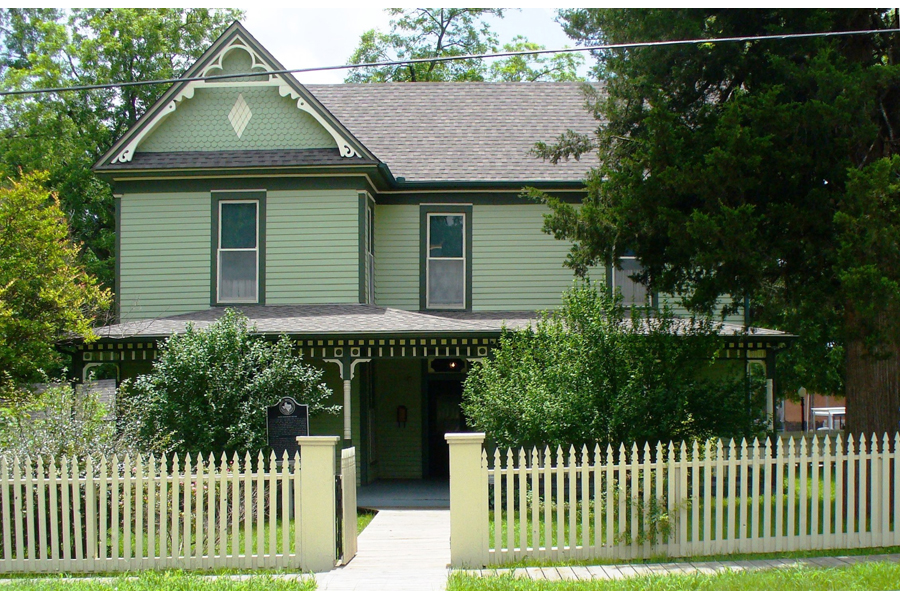 Farmersville residents, and anyone interested in the preservation of histor­ic architecture, will have the unique opportunity to participate in a hometown fundraiser Saturday, May 22 for the historic Bain- Honaker house.

The home has been a Farmersville treasure for more than 150 years, and thanks to the efforts of the Farmersville Historical Society, many hours have been devoted to the res­toration, preservation and maintenance of the house says FHS president Bertie Neu.

The society plans to con­duct a fundraising event on Saturday to raise much-needed funds for extensive repair work including re­placement windows, paint­ing and heating and air conditioning for the home built in 1865 by Anna Me­lissa Bain.

The fundraiser is planned for 3 p.m. to 7:30 p.m. Saturday at the home located at 108 College St. near downtown Farmer­sville. The event will in­clude children’s games, a raffle, a silent auction and a yard sale. The society is also planning a demonstra­tion of 1900s crafts, such as weaving by local artisan Mary Berry of Fancy Fi­bers, as well as other turn of the century activities such as quilting, dyeing t-shirts and games for chil­dren says Neu.

There will also be food from assorted vendors and music provided by the E Flat Porch Band.

“There will be food and fun for everyone,” Neu said.

“It would be great if we could get businesses or individuals to adopt a window at the house,” Neu said. “These windows vary in cost from $3,000 to $5,600 for a double win­dow,” she added.

Five windows have been restored in the past two years, explained Neu. “The windows are very expensive as they have to be rebuilt to keep the historical aspect of the house,” she said of the requirement set by the Tex­as Historical Commission. “Fourteen windows need to be repaired or replaced.”

The needs are piling up says Neu. “The exterior needs to be painted and the galvanized plumbing needs to be replaced and the house needs central air,” she said. “The heat, cold and humid­ity are taking their toll on the wallpaper and some of the artifacts.”

In the past, the house, which was donated to the his­torical society in 1989 to be used as a historical center, has been maintained and opened to the public for many com­munity events such as Audie Murphy Day, Old Time Sat­urday, the Christmas parade and special requests.

END_OF_DOCUMENT_TOKEN_TO_BE_REPLACED

Collin County residents living in unincorporated areas could face punishment if they elect to burn outdoors over the next three months. The Collin County Commissioner’s Court considered the issuance of an outdoor burn ban, effective immediately, during its Monday,...