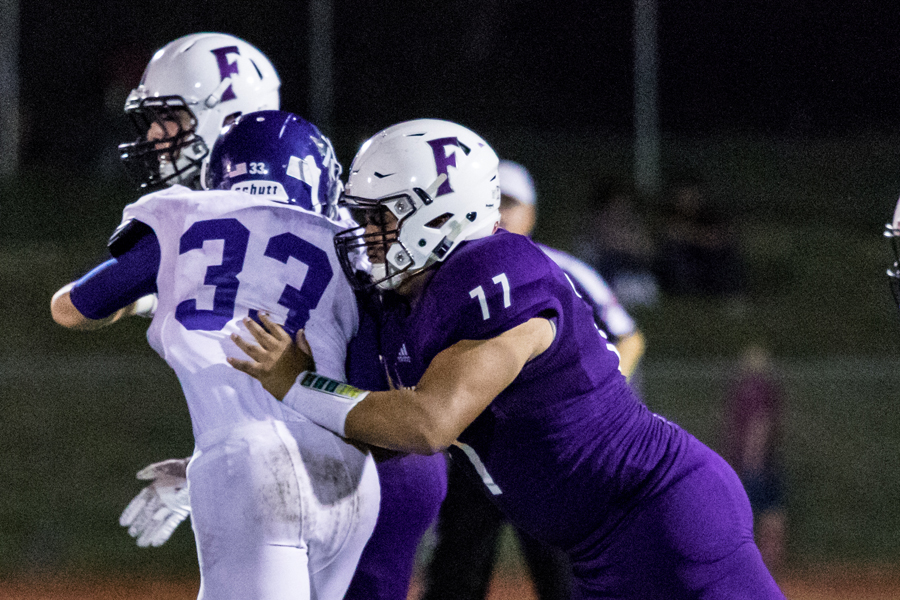 EMORY – Farmersville will look to bounce back from a tough loss, as they travel Friday to Wildcat Stadium

The Farmers are slated to take on long-time nemesis Rains at 7:30 p.m.

“They are a smash mouth football team and our defense is going to be challenged. Offensively, we have to cut down on the turnovers,” head coach Sammy Burnett said. “If we can play good defense and score some points we should be in good shape.”

Both teams enter the third game on the non-district schedule with identical 1-1 records.

The Wildcats fell 48-22 at Quinlan Ford in the season opener and one week ago won 26-12 over Cooper.

The Farmers opened with a 23-6 win at Cooper and lost 17-14 to Community last week on a field goal.

Class 4A Rains enters this Friday’s contest with six starters back on offense and five defensively.

The Wildcats running heavy offense is led by running back Dylon Mosley.

In two games the senior has rushed for 347 yards, average of 11.2 yards per carry and five touchdowns, all on the ground. In addition to 24 receiving yards.

Below the senior was quarterback Judd McCall (89 all-purpose) and Devin Jacks (66 total).

Prior to the start of the 2017 season, Dave Campbell’s Texas Football magazine picked the Wildcats to take fourth in District 6-4A Div. II.

Above them were Dallas Lincoln, Wills Point and Canton, with Ferris and Dallas Roosevelt missing the postseason cut.

Scoring updates will be posted at the conclusion of each quarter on The Farmersville Times Twitter.

For the full story and photos see the Sept. 21 issue.