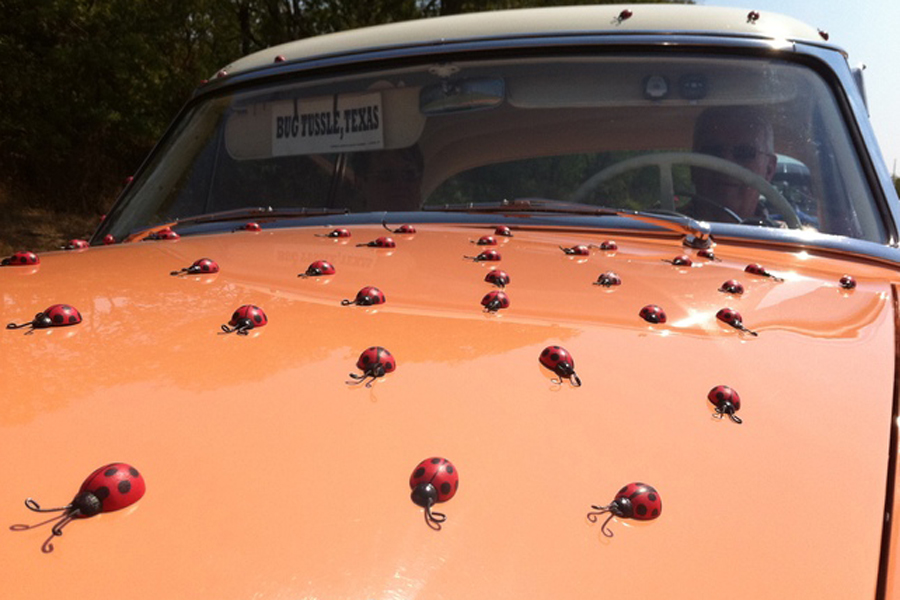 The annual Bug Tussle Trek will be held Saturday, Aug. 25 and so will the first-ever Cops and Rodders Car Show. (Courtesy photo)

The annual Bug Tussle Trek will be held Saturday, Aug. 25 and so will the first-ever Cops and Rodders Car Show. (Courtesy photo)

Automobile enthusiasts will be able to have their fill of fancy cars as two car shows roll into town next weekend.

The event, hosted by Farmersville Chamber of Commerce, allows myriad classic cars and trucks to park on the square on their way to Bug Tussle, Texas.

“We will be there to wish them well on their annual trip and we hope residents can come too,” Chamber Executive Director Lisa Eastman said.

Upward of 80 vehicles or more are expected for the event since it is the 50th anniversary of the Bug Tussle Trek.

The trek, according to legend among its members, started after conversations among the Antique Automobile Club of America Northeast Texas region members about wanting to have one more car ‘trek’ of the season. So they picked the hottest day of the year, which happened to be the last Saturday in August, and began the adventure to Bug Tussle. Needing something cold to drink they stopped at the once thriving general store which is the only place they could find a beverage.

Ever since then, the trek has taken place the last Saturday in August. The trek starts in Farmersville with a breakfast provided by the chamber of commerce and then heads out to Honey Grove where participants eat a sack lunch at the civic center.

Along the way they stop in Bug Tussle for the annual cheer and yell. From there they travel to Paris, have a banquet and spend the night.

Another car show is also taking place Aug. 25 with the first-ever Farmersville Cops and Rodders event hosted by the Farmersville Police Association.

According to Sgt. Frank Gonzalez, who is also president of the police association, the car show idea was originated by himself and Oscar ‘Rusty’ Hoyt from Rusty’s Bodywerks in Farmersville.

“It’s always been our idea to benefit the Farmersville Police Association. To date we have approximately 520 people that have expressed interest in attending,” Gonzalez said.

There will be booths, food and Citizens Assisting Farmersville Police will be selling drinks.

There will also be a smash-a-car with the proceeds going to benefit Pink Heals of Collin County.

Entrance and parking to the car show are free for spectators but donations are welcome, organizers said.

Anyone interested in registering for the car show can do so online at www.rustysbodywerks.com/copsandrodders, in person at Farmersville Police Station located at 134 N. Washington St. or at the event. Registration is $25 per car.