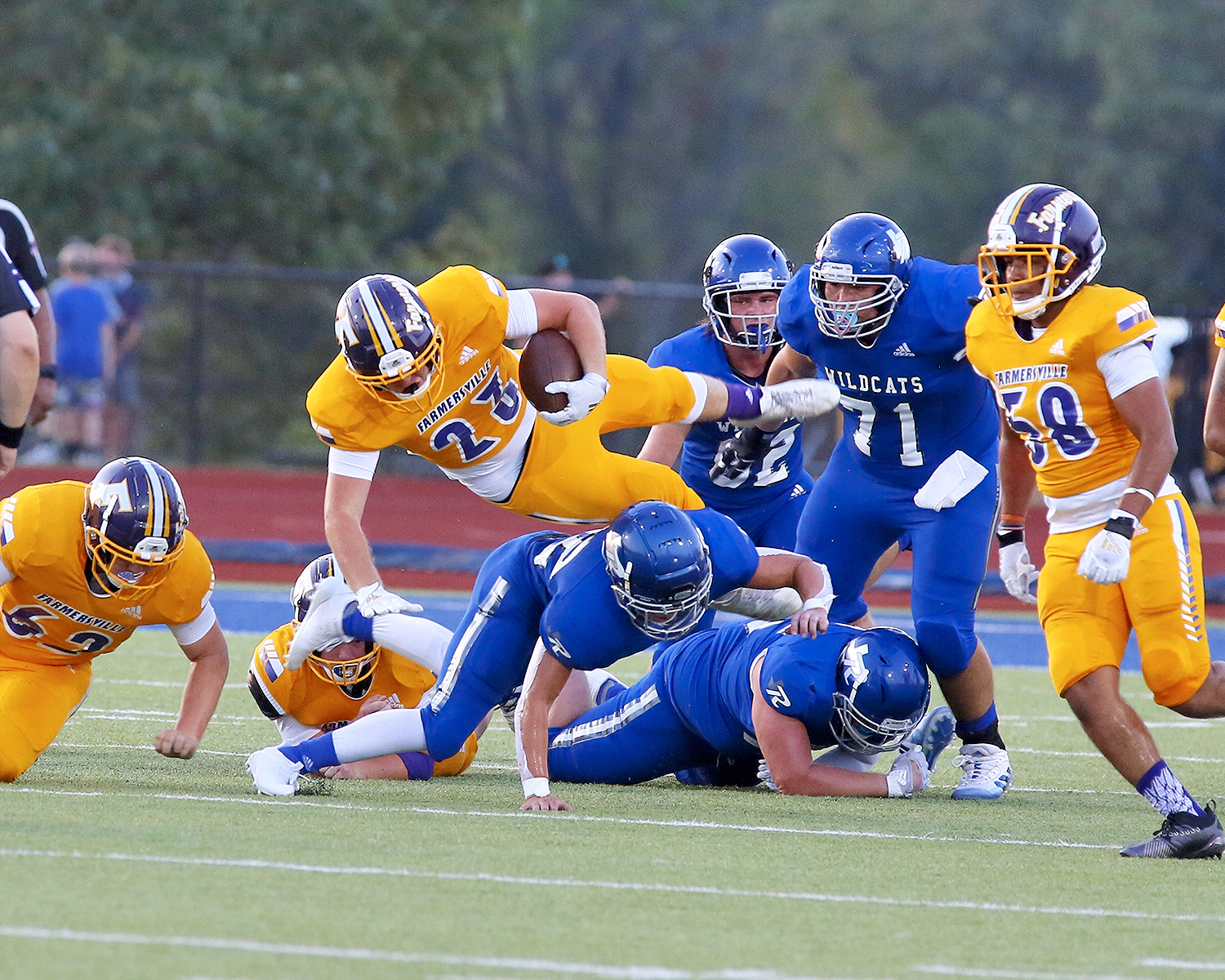 As Farmersville football enters their district schedule, the Farmers will shift how they practice on a week-to-week basis, as the district changed their schedule.

In order to provide an option for canceled games to be played later in the season due to COVID-19, the district moved several of their district competitions to earlier days.

According to the new football schedule, the Oct. 9 game versus Quinlan Ford and the Oct. 16 game at Caddo Mills will remain on their scheduled dates. The next two games, however, have changed, as the contest versus Willis Point has moved back one day to Oct. 22 while the game at Community has been moved to Wednesday, Oct. 28.

Coach Brandon Hankins said that while the situation presents a lot of games in a row, he is glad to see a plan in place for canceled games to be played.

“There’s still gonna be five days in between the games,” Hankins said. “It is a lot of games. It’s potentially five games in 25 days, which is tough, but football was meant to be played on the football field and decided by the kids. Having some flexibility with today’s climate and the way COVID has hit schools is a good thing.”

For more information on the scheduling change, see Oct. 8 issue or subscribe online.